The stupid, it burns.[1] Feminists are now all outraged over MOAB. Why? Well, the name, duh… ‘Mother of All Bombs’ is offensive to these twits. They think it is sexist, lethal male patriarchy. Dumb asses. If that bomb were named after me, I’d be flattered. In reality, ‘Mother’ here means ‘big’ or ‘best’. So, stop getting your panties all twisted up over it already. Just stop. Anything and everything just to be offended.

This is so ridiculous, it defies cognizant thought. And the first so-called feminist that put forth this load of bull crap was a man. Dude, misplace your junk somewhere? As Michael Cantrell at Allen West’s site says: “Then you see them at protests, wearing vagina hats and costumes and throwing soiled menstrual pads at folks passing by and realize they’re deadly serious.” Not only is liberalism a mental disorder, so is feminism. 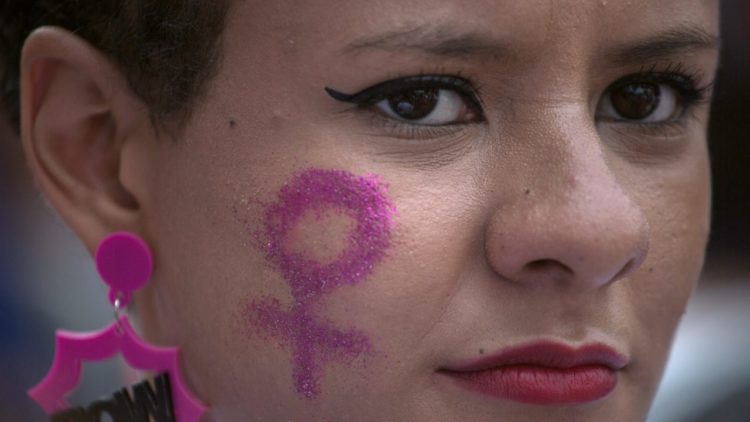 The United States dropped[4] a 22,000-pound bomb on Islamic State forces in Afghanistan Thursday, reportedly killing 36 ISIS fighters. The bomb was the largest non-nuclear bomb[5] ever used in combat.

The bomb, a Massive Ordinance Air Blast weapon, is often referred to as “MOAB.” The acronym led to its nickname “mother of all bombs.”

Liberals were quick tohash out their thoughts on social media, but one criticism of the day’s incident was particularly puzzling.

“MOAB is the epitome of lethal patriarchy,” one Twitter user said:

It's grotesque to call a killing device, the “Mother of All Bombs.” The #MOAB[6] is the epitome of lethal patriarchy.

Others even singled out BBC News and asked them to stop using the term on their broadcast because it was offensive:

BBC, 'mother of all bombs' is sexist language. Why is sex/gender relevant to size of a bomb? Ask BBC why is some sexism gone but other not?

Liberal Twitter users were offended at the term for various reasons, one even asking the question, “Why isn’t it called the ‘father of all bombs?’”

@ABC7[11] why isn't it called father of all bombs, just a little tired of media using mother on everything, getting old. #sexist[12] #Afganistan[13]

The "mother" of all bombs a sexist way to equate womanhood with massive destruction. Don't like it at all #resist[15] #patriarchy[16] #Afghanistan[17] https://t.co/RKUPT8LSuj[18]

So sad to break it to these moonbats, that bomb killed almost 100 ISIS scum, sending them on a one-way ride to hell. No civilians were harmed by it. None except the tender feelings of insane feminists that is. Am I happy we killed a bunch of terrorists? Hell yeah! I’m snoopy dancing over it. So, we used the biggest, non-nuclear bomb we had… it was a mother (huge and deadly). Is that sexist? No, you dolts. That’s war.

Talk about stretching for offense and victimhood. But these idiots are equally offended at using ‘Father’ in descriptive terms. Let’s see… you aren’t offended by wearing pink p*ssy hats and dressing as giant vaginas, but killing a bunch of savage Jihadists is something to rage about. Where’s your anger over the genocide of Christians in the Middle East? When you claim we are killing babies, where’s your righteous fury over abortion then? Confused much? Or should I say, hypocritical much? MOAB is not sexist… it’s deadly to our enemies and I’m ever so cool with that.

Why is it called the "Mother of all bombs"
Damn sexist bomb. ????

Tomahawk missiles were offensive and now mother of all bombs is sexist. If we go to war I hope your PC skills help you in the field