The movie does have at least one redeeming quality:

Wonder Woman no longer fights on behalf of U.S. imperialism, which is a big shift from the early comics and a welcome change, even if it’s likely more about wanting to capture global audiences than politics.

Why couldn’t Wonder Woman be a woman of color? When it was announced that Gadot would play Wonder Woman, audiences went wild body shaming her for not having large enough breasts. One can only imagine the white supremacy that would have emerged had the announcement said instead that she would be played by a Black woman. On Paradise Island, there are Black warriors in addition to white ones, which is a good start, but other women of color are missing. Also, while the female warriors are strong and ass-kicking, they all have tall, thin body types and they all could be models on a runway. In fact, in a pivotal battle scene, Wonder Woman struts across the battlefield as if on a catwalk. As a result, their physical strength plays second fiddle to their beauty, upholding the notion that in order to access power women must be beautiful in a traditional way. Especially with the body positivity movement gaining steam, the film could have spotlighted female warriors with fat, thick and short body types. …

Another problem is that the story’s overt queerness gets sublimated by heteronormativity.

If the movie consisted of two Andrea Dworkin lookalikes intimately snuffling each other between monologues denouncing patriarchy and imperialism, Ms. Magazine would complain about them being white. 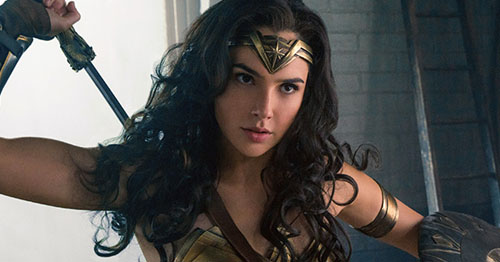 Gal Gadot looks too much like a woman to please feminists.