There seems to be a theme going on lately with the airlines and now a pilot for Delta Airlines was supposedly ‘caught’ on video striking a female passenger who was rolling around on the ground in a jetway, fighting with another woman[1].

According to the reports, two women who were flying together had been in an argument aboard an April 21, 2017, flight to Atlanta. It didn’t take long for the fight to escalate, because as soon as they made their way off the plane and onto the jetway at the airport in Atlanta, a down and tumble fight began, with both of them falling to the ground. Mind you, other passengers were there, right in the mix of it. The video shows each woman hitting and dragging each other to the ground.

A woman who appears to be much older, and maybe the mother, attempted to break up the dustup and that’s when the plane’s pilot can be heard on the video yelling at the two on the ground to end the fight, while still trying to pull the women apart. You then see him strike one of the women as they both continue to ignore him and he then instantly walks away. 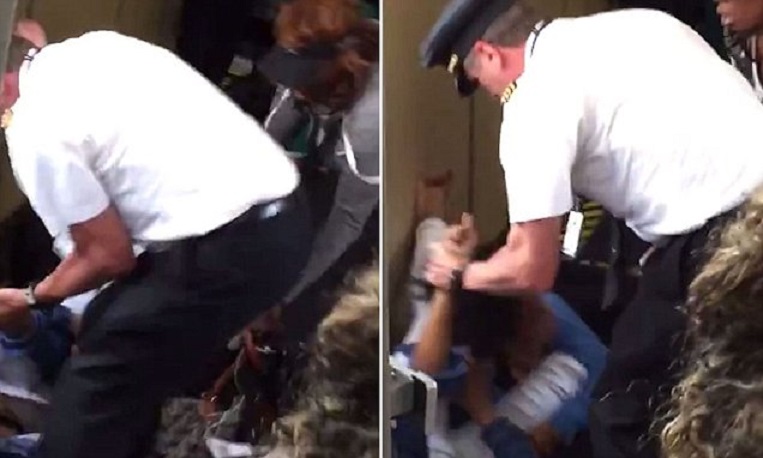 A representative for Delta spoke with TMZ who reported on the event:

“We became aware of this incident and a video last week and immediately removed the pilot from duty while we completed a thorough investigation. Local law enforcement was called to respond at the time of the incident. The pilot has since been returned to work as our investigation found that his actions deescalated an altercation between passengers on the jetway floor during deplaning.”

It would seem that no one has been charged with a crime in the incident, including the pilot.

What do you know? A man took responsibility to break up a fight between two brats and no charges are being brought against anyone. They all just go their separate ways, hopefully smarter.

You can get a look at the ‘incident’ from here:

In John Hawkins’ new book, ‘101 Things All Young Adults Should Know’[3], he teaches in chapter 16 of the book, “Be nice until it’s time to not be nice.” This was a time to not be nice. These two idiots were embarrassing and putting others at risk. There’s no need to be nice. JUST END IT.