A behavioral specialist[1] at Rankin Promise School of Woodland Hills School District in Pennsylvania is in very hot water after manhandling a student who was walking down a school hall. In the video below, you can see Joseph Golden III, 50, literally rough up this kid who looked like he wasn’t doing anything wrong. He may have mouthed off… I don’t know, but that doesn’t excuse this behavior. Golden is now being sued and his attorney is hotly defending his actions.

Not only did he rough up the kid, in the video, you can clearly see him lift the 13 year-old by the neck and carry him down the hall. How is that ‘just doing his job’? “From what I saw, all he did was grab him and take him down the hall. He didn’t choke him,” defense attorney Pat Thomassey said. So, grabbing a boy by his neck and lifting him off the floor doesn’t qualify as choking… good to know. Fail. Golden appeared in court Thursday on charges of assault and endangering the welfare of a child. 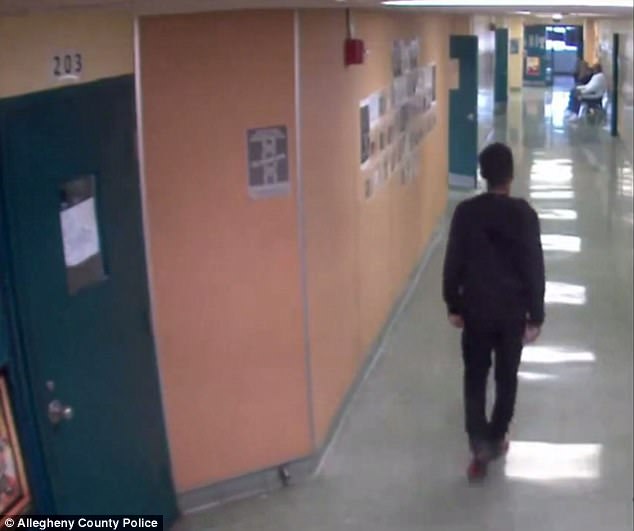 Did he rough the kid up? He says he was doing his job.

At first, a kid is walking down the hall. And then…

Footage catches him being lifted by the neck and shoulder. Feet are right off the ground at some points.

Assault charges have been laid, against Joseph Golden III, 50, but the school staffer maintains that he was ‘just doing his job’.

Do you buy it?

Keep in mind, the kid on the video is 13 years old.

Golden then proceeds to lift the boy by the neck twice and carries him back down the hallway.

Allegheny County Police charged Golden on May 9 but his lawyer asserts that the specialist was just doing his job.

From what I saw, all he did was grab him and take him down the hall. He didn’t choke him, defense attorney Pat Thomassey told KDKA.

‘He picked him up around the neck and shoulder. The kid didn’t go to the hospital, he didn’t go to the doctor, he told the principal he wasn’t hurt.
‘This isn’t a simple assault. I don’t understand.’ –(Source)

Surveillance video capturing the April 12th incident shows the boy walking down the hallways of the alternative education program for students with academic and behavior issues. You have to wonder, if this boy is treated this way… how do they treat the other students? Is this normal there? The attorney is justifying this saying the kid didn’t get hurt and didn’t have to go to the hospital. So, if abuse leaves no wounds, then we’re good to go, right? Disgraceful.

The attorney added that the student had been causing trouble during the school day, prompting the employee to act. “This young man left class two or three times and he returned him two or three times, and finally the kid said, “I’m going to do what I want,”” Thomassey said. And you think that justifies this behavior? Seriously? Expel the kid, don’t abuse him. I’ll bet this kid’s family are ticked, I know I would be. 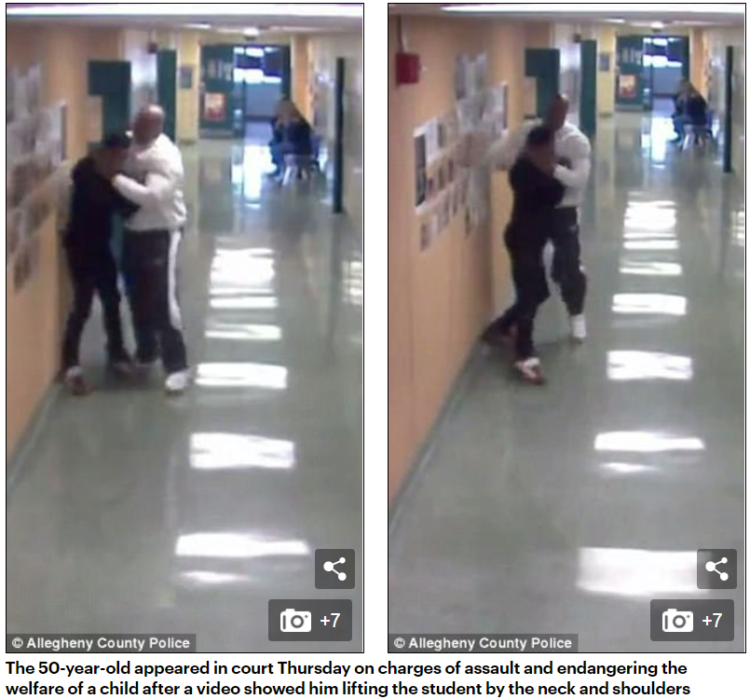