There has been a horrifically tragic accident[1] in French wine country. A truck hit a tour bus head on. The truck driver and his three year-old son died and 41 on the bus perished as well. Eight managed to escape the bus as it was engulfed in flames. This is the worst accident in over 30 years in France. The last one was in 1982. The tour bus was carrying elderly day trippers on a tour. They had only been en route for four miles when the collision occurred. This was near the village of Puisseguin, among the vineyards of the St. Emilion region, east of Bordeaux. The mayor of Petit-Palais lost three family members in the collision. What a sad day for France this is. 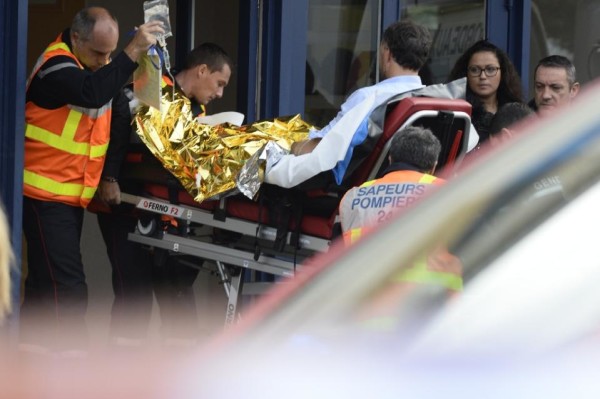 The death toll from a fiery bus-truck crash in southwestern France has risen to 43 after a three-year-old’s body was found among the wreckage, regional authorities report. The truck driver’s son had had been travelling with his father when the vehicles collided in France’s deadliest road accident in more than 30 years.

The truck driver was also killed, along with dozens of members of a senior citizen’s club. Four others are badly injured. Scores of emergency workers rushed to the scene and helicopters evacuated severely burned victims.

An image released by BFM television showed the carcass of the bus — a collapsing, charred frame engulfed by smoke. Firefighters fanned out along the narrow road, between a wooded area and an upward slope near the village of Puisseguin, about 35 miles east of Bordeaux.

French President Francois Hollande promised an investigation into the crash, which he called “an immense tragedy.” Hollande also said “the solidarity of the whole nation” was with the loved ones of the victims.

Eight people escaped from the bus after the driver opened the door, but others were trapped as the blaze consumed the vehicles, Puisseguin Mayor Xavier Sublett said on i-Tele television.

“Risking his life, because flames were licking him, he managed to evacuate some people,” Dr. Philippe Flipot of Puisseguin told the AP of the bus driver.

Mayor Sublett said later on RTL radio that the truck driver lost control of the vehicle. The bus driver “tried to avoid it, but the truck came and hit it, and he couldn’t do anything except activate the mechanism to open the doors to allow some people to get out,” Sublett said.

Other authorities remained cautious about the circumstances of the crash. The top government official for the Aquitaine region, Pierre Dartout, told reporters an investigation is under way, and Interior Ministry spokesman Pierre-Henry Brandet said it was too early to know what exactly happened.

Still, the crash has raised questions about the safety of the road, and especially the curve. Legislator Noel Mamere, who represents the Gironde region where the accident occurred, said the collision was on an “extremely dangerous curve that is considered very accident-prone.”

“That should make us question ourselves about political choices made in terms of infrastructure,” Mamere told the AP.

Savary said some roads in the region are in need of repair, but added there’s no way to ensure 100 percent safety on French roads.

The regional newspaper Sud-Ouest reported that 49 people were on the bus. Sky News reported that the collision occurred on what a local resident described as a dangerous bend in the road. The truck was carrying lumber, which may have fueled the deadly flames, according to BFM television.

“I saw a huge, very large, and very intense plume of smoke,” one witness to the crash told Sky.”It was astonishing. Then I saw a police car and, straight after, fire engines everywhere. It seemed to me like a war zone and that’s not saying it enough.”

The bus was traveling from the village of Petit-Palais to the village of Bearn, located in the foothills of the Pyrenees mountains. It had traveled just four miles when the collision occurred. Sky News reported that the mayor of Petit-Palais, Patricia Raichin, had lost three members of her family in the tragedy.

The weather in the region was overcast Friday morning but not rainy.

They say the truck driver lost control of his truck and hit the bus head on. Almost everyone who perished, died in the ensuing fire that followed. What a horrible way to die. This was on a curvy, dangerous road. Politicians lost no time in declaring this is why they need more infrastructure monies. Just deplorable. I guess the bus driver tried to get people out. He opened the door and eight escaped including himself, but the fire was too fast and too great to get away from. Some 20 fire engines and 60 firefighters were dispatched to the scene on Friday, supported by helicopters. A trauma counselling unit and an information hotline were also set up. The group had been heading south to the nearby region of Landes to visit an outlet specializing in Bayonne ham, a local delicacy. Fate had other ideas though. My thoughts and prayers are with the families and loved ones of those who were lost. I have friends in that part of the world. 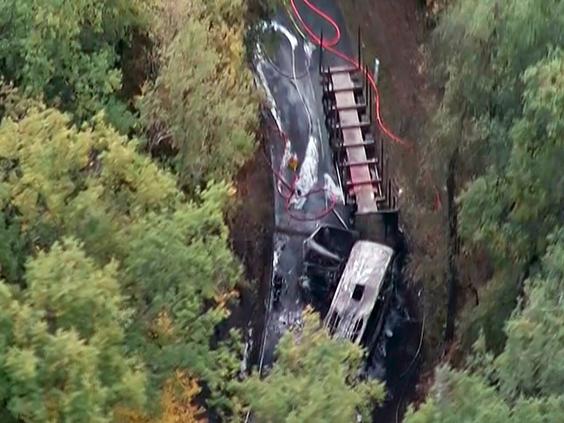