What’s the Future of the Middle East?

For those who support the institutionalized “progressive” left’s or Ron Paul’s positions on foreign policy, consider these perspectives expressed in an article posted August 24, 2012 on pravda.ru: 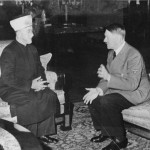 [1]“With the beginning of the Islamic awakening movement in the Middle East, the United States and its allies in the region, fearing the increasing waves of anti-American and anti-Zionist sentiments, tried to insinuate to the world a false interpretation of this movement…

The Zionist regime of Israel has the world’s largest network of state terrorism and has committed numerous crimes in the countries of the region, including the killing of the people of Gaza, the assassinations of resistance forces in different countries and assassinations of nuclear scientists of the Islamic Republic of Iran…

The West is forced to revise its policy of unilateral and unfair support to the Zionist regime. They are well aware that the popular uprisings in the Middle East and North Africa began thanks to Islamic awakening and they have an anti-Zionist character. This region will never reflect Zionist domination in the future…

Today, with the removal of the ruling dictators in some countries in the region that were in legion with the Zionist regime, the people of the region are screaming that the installation of the Zionist regime has no legitimacy on Palestinian territory, even if it is the size of the palm of the hand…

Now, an historic opportunity has arrived, the sovereigns in the world should take advantage and set history in the right direction, take away the invader of the scene and return the homeland to the Palestinians”

These proclamations made by an Iranian ambassador make crystal clear the intentions of the Islamist/Fascist Iranian regime and their allies towards Israel, the United States and Western Civilization.:  To knowingly and willfully ignore this clarion call to defend the Western/Judeo/Christian world approaches sedition, especially in light of the fact that this statement was published by Russia’s Pravda, almost certainly with the approval of President Vladimir Putin’s Russian government.

When Ron Paul believes that Mutual Assured Destruction will deter Iran from attacking Israel and its western allies, he displays naÃ¯veté to the differences between

[3] the Communist atheist belief that there is no afterlife and it is in their best interests to avoid the termination of their worldly existence in a nuclear exchange, and an Islamist/Fascist State that reverently believe in the Mahdi, the 12th Imam of Shi’ite lore, and therefore considers it preferable to die as martyrs than to share the planet with the Western/Judeo/Christian world.

It was disturbing enough when the current White House occupant stabbed former Soviet bloc countries turned American allies Poland and the Czech Republic in their backs when he unilaterally cancelled missile defense shield deals they had made with the previous administration.:  That occupy Oval Office was also so eager to abandon national security in favor of nuclear disarmament that he would voluntarily declassify the number of nuclear warheads the U.S. possesses demonstrates a dereliction of duty on his part as Commander in Chief of the United States of America.

Mitt Romney recently outlined plans that will make America energy independent through development of its own abundant natural resources and less susceptible to an increasingly aggressive Iran’s impact on Middle East petroleum delivered through the Straits of Hormuz.

Romney has consistently condemned Iran for developing a nuclear bomb-capability.:  When referring to Iranian President Ahmadinejad’s statements against Israel Romney has said “There is one place of course where I’d welcome Ahmadinejad with open arms, and that’s in a court where he would stand trial for incitement to genocide, under the terms of the Genocide Convention.”

Romney also correctly identifies the threat posed to the west by Islamist/Fascist jihad as “the defining challenge of our generation.”

Contrary to the opinion of Ali Mohaghegh, the future of the Middle East is not carved in stone, it is still being written.:  How the next chapter reads depends largely on who is elected as the next President of the United States.