The French presidential election is looking to have a big impact on the world, with Marine Le Pen and Emanuel Macron going head to head. The election is just days away and the polls are getting neck and neck between the two, it’s hard to predict what is going to happen. 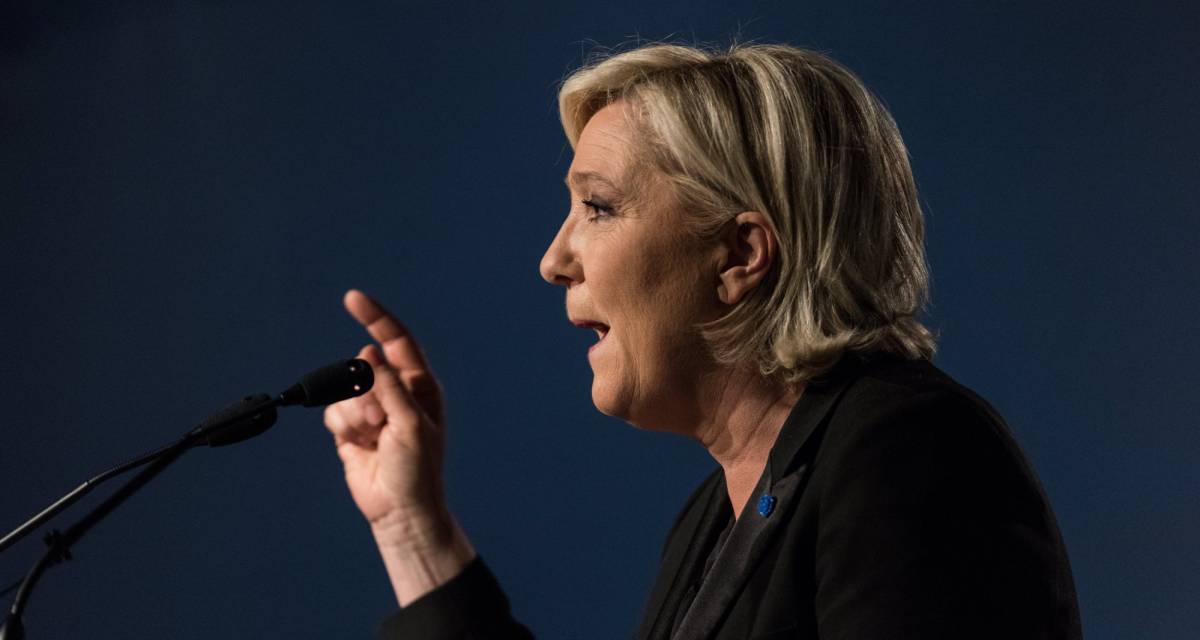 Recently, these two candidates[2] were able to just sit down for a broadcast debate and from what reports are saying, it was some compelling television for many around the world, not so much for the whole thing in general, but rather for the mic drop moment that Le Pen pulled.

Marine Le Pen believes herself to be the one to get France back on track and was able to showcase some exceptional debating skills with many great remarks and explanations, but one of her jabs at Macron ended up being one of the superior, jaw dropping moments you’ve ever seen in a debate.

“French presidential candidate Marine Le Pen said at the final debate Wednesday that France will be lead by a woman regardless of the election results — it just depends on whether it is Le Pen or German chancellor Angela Merkel.”

Ouch. That had to hurt, in more ways than one. I don’t know whether that was a knock on Macron, or more so on Merkel. Either way, that was a direct shot on either one of them.

More from The Daily Caller:

“Le Pen wants France to leave the European Union, promising a referendum on the matter if she were to win. The nationalist candidate has attacked Merkel throughout the election, as she believes Germany has inordinate power over the EU. “France will be led by a woman, either me or Mrs. Merkel,” Le Pen said.”

In John Hawkins’ new book, ‘101 Things All Young Adults Should Know’, he teaches in number 16, “Be nice until it’s time to not be nice.” Le Pen was able to kill two birds with one stone and she didn’t bother holding back.