French mayors, desperate for help and support as their government continues to allow more and more migrants into their country, have written an open letter to their President Macron. The letter, published in the paper LeMonde (The World), begs for more help. I doubt they’ll get it. What they’ll get is excuses and more bureaucracy. Oh, and more crime.

The mayors say that their small cities have all taken in “several thousand” refugees every month and that it is causing a social emergency that can no longer be ignored. These people are terrified and their women fear to go out anymore over this. They’re “completed saturated” with these newcomers and are unable to support them as well as their own French born citizens. That’s absolutely true, but leaders in Europe are now saying that the borders must stay open and Europe is too white. They are screwed I’m afraid. Betrayed by their own leadership.

In translation, the letter partly reads that the mayors of Lille, Bordeaux, Strasbourg, Grenoble, Rennes, Toulouse and Nantes want the national government to set up a “network of solidarity between the cities of France” and that the President must hold meetings “at the highest level” and “without delay” to further discuss this emergency. Talk isn’t going to cut it guys… you need to get rid of these immigrants. They are invaders there to conquer you. 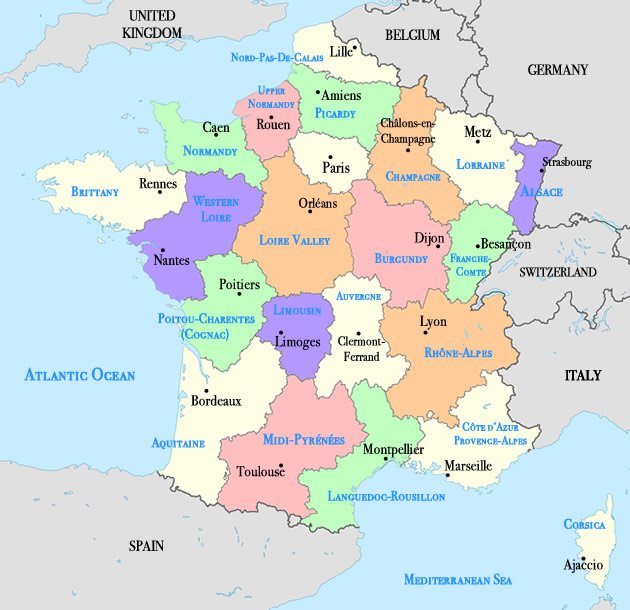 The French Interior Ministry has responded to the letter, published this Saturday, proposing that they will mobilize 20,000 housing units by next year in order to balance out the distribution of these refugees across the country and further asks French counties (known as prefects) to begin the work of identifying where migrants are currently living in emergency shelters using mobile teams. At this rate, they don’t have a year before everything breaks down. They are sidestepping the problem, not solving it.

Right now, Germany, Sweden and France are all in chaos because they have accepted hundreds of thousands of migrants. German authorities reported that, “During the first six months of 2016, migrants committed 142,500 crimes” including rape, physical assaults, stabbings, robbery and drug trafficking. Over 1,000 Swedish police officers have resigned in protest of the migrant crisis and the brutal crimes that came with it. And France, who has been subject to truck attacks and the Bataclan massacre, has turned into a breeding ground for refugee turf wars[3], ruining previously popular tourist attractions and crushing nightlife. The migrants have turned France and other countries into war zones and third world hell holes.

In October, 50 of 80 police officers working at a migrant detention center in the Parisian suburbs took sick leave to protest the fact that another new unit was being opened, saying that they are not capable of dealing with the detainees. The police said that the detainees smoke all over the building and they know that there are fewer police there to keep an eye on them. The center is in a “shabby state” and hosts a vibrant rodent infestation. In more ways than one, I might add.

In the spring of this year, we wrote that the migrants living in tents in France are blaming the French government for their condition. One man, a 25 year-old from Nigeria (wait, aren’t they all supposed to be migrants escaping from the Middle East or something?) said that the French “prefer seeing us on the streets suffering,”[4] and that people who pass by are “happy” to see the suffering in the camps. No, they want you to get out and go home. They fear these people and with good reason.

France knows it’s got a massive problem with migrants. In October, after a 29 year-old undocumented Tunisian man stabbed two women to death in the Southern city of Marseille, French President Emmanuel Macron revealed a new policy whereby illegal immigrants who commit crimes in France will face deportation. But with a porous, open border, they’ll come right back.

France has been heavily affected by the migrant crisis. After an October 2016 relocation of some 6,000 migrants from the Calais “Jungle” camp across Europe, new asylum seekers continue to pour into the country and set up makeshift camps. Many migrants are sleeping on the streets of Paris, begging for money and angering local residents, as well as sparking sanitary concerns. Last week, a group of Parisian protesters threatened to go on a hunger strike if police didn’t relocate approximately 100 Syrian and Afghan migrants from a northern Paris neighborhood.

And if not for the Atlantic ocean, what would keep us from being in the same state? That’s what you get when you elect socialists.