Your First Amendment right to free speech is on trial in Oklahoma[1]. If Al Gerhart loses his case, constituents could be prosecuted for demanding that their representatives do their jobs. 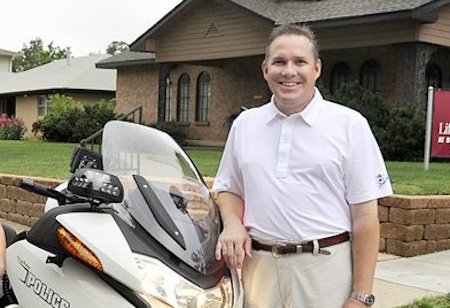 Before firing off that next email to an elected official, you’d better cross your fingers and hope the politician is not feeling anxious about your message.

A judge in Oklahoma Friday ordered the co-founder of the Sooner Tea Party to be tried on felony blackmail and computer crimes charges for sending an email to a state senator who said he felt threatened by its tone, The Associated Press reported.

The judge ruled that probable cause exists that Al Gerhart committed the crimes when he sent an email allegedly designed to intimidate Oklahoma state Sen. Cliff Branan, the Republican chairman of the Senate Energy Committee.

At issue was a bill that Branan refused to schedule for a hearing in his committee, saying the House-passed measure was based on a “fringe conspiracy,” according to the AP.

Gerhart’s email demands that Branan give the measure a hearing, “or I will make sure you regret not doing it.”

“I will make you the laughing stock of the Senate if I don’t hear that this bill will be heard and passed,” the email said. “We will dig into your past, your family, your associates, and once we start on you there will be no end to it.”

Branan testified that he was anxious and felt threatened after reading the email, saying it was an attempt to force him to do something against his will.

…“Your First Amendment rights are in trouble, not just mine,” Gerhart said after a preliminary hearing where prosecutors presented their evidence.

It’s so unbelievable that Al Gerhart could be on trial just for what’s mentioned there, that I actually did some more digging to find out if there is more to the story. After researching it, that appears to be it. There’s no blackmail, just a Tea Partier demanding that a RINO do his job unless he wants to face scrutiny.

PS: This story has ALREADY made Cliff Branan into a laughing stock, but if anyone has any dirt on Branan, send it on over. Has he broken the law? Is he having an affair? Cough, cough….IS HE HAVING AN AFFAIR? If so, what’s her name? Do you have ANY embarrassing, but verifiable information on Cliff Branan? I don’t know Al Gerhart from Adam, but if Branan wants to see Tea Partiers in jail for challenging him, then the rest of us in the movement have a responsibility to try to put him out of office.