Washington State’s Supreme Court confirms that refusing to take part in homosexual ceremonies that you regard as blasphemous is illegal:

The court ruled unanimously that Barronelle Stutzman discriminated against longtime customers Rob Ingersoll and Curt Freed when she refused to do the flowers for their 2013 wedding because of her religious opposition to same-sex marriage. Instead, Stutzman suggested several other florists in the area who would help them. …

Attorneys for Stutzman argued that a floral arrangement is a form of speech deserving of protection and that government cannot compel Stutzman to create an arrangement for a gay couple against her religious beliefs.

The ruling violates the First Amendment twice, by coercing speech and by denying the free exercise of religion. But the Constitution is an outdated document, written by dead white heterosexuals. We now reject old-fangled God-given rights in favor of the government-granted right to force others to endorse perversion.

The principle is horrible enough. Where this is heading is worse still.

Why do the tyrants of the ACLU (who brought the suit along with Washington’s Attorney General Bob Ferguson and the sexually deviant lovebirds) care so much about forcing florists to violate their religious beliefs? Because it is a stepping stone to larger objectives.

When progressives start using the same legal reasoning to force Christian churches to perform homosexual “marriages,” the Christian religion will be driven underground for the first time since Constantine was the Emperor of Rome. Worse, a corrupt, sham version of Christianity — a blasphemous mockery defying scripture and serving anti-Christian liberal ideology — will continue to exist at the public level, tainting and discrediting the faith. 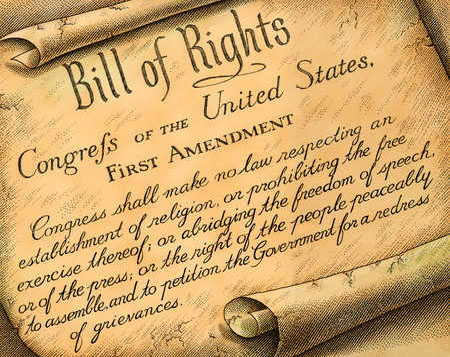 No longer relevant in court rulings.