‘Love is Love. Is Love.’ A Montana Man Says the SCOTUS Ruling Inspired Him to Seek Legal Polygamy

Well, it was inevitable. After the Supreme Court legalized gay marriage, polygamists have already begun coming out of the woodwork demanding that polygamy be made legal next. 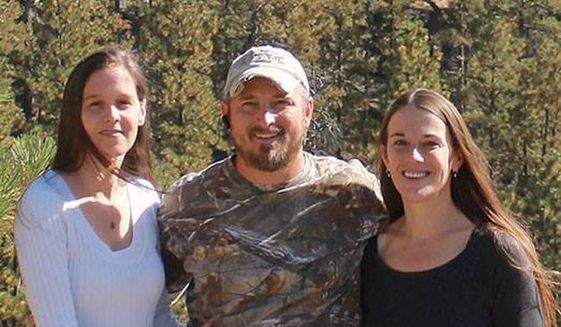 A Montana man said Wednesday that he was inspired by last week’s U.S. Supreme Court decision legalizing gay marriage to apply for a marriage license so that he can legally wed his second wife.

Nathan Collier and his wives Victoria and Christine applied at the Yellowstone County Courthouse in Billings on Tuesday in an attempt to legitimize their polygamous marriage. Montana, like all 50 states, outlaws bigamy — holding multiple marriage licenses — but Collier said he plans to sue if the application is denied.

“It’s about marriage equality,” Collier told The Associated Press Wednesday. “You can’t have this without polygamy.”

We’ve turned marriage into a free-for-all, where the only requirement is “love”, so by that logic, there really isn’t any reason that polygamy shouldn’t be legalized. It was the logical conclusion to this whole mess, and so who can really be surprised here?