The radical faction of the LGBT community is now getting the same: outrage: it had directed toward former: Mozilla: chairman: Brendan Eich: earlier this week over a campaign contribution, which led to his departure. 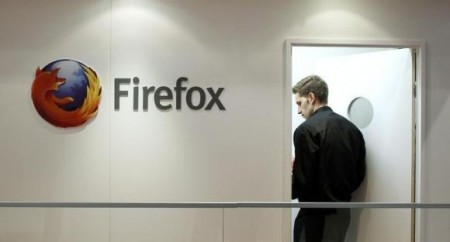 Now the company is getting flak over Eich’s forced resignation from a company he helped co-found. That decision angered many of Mozilla’s customers, and they didn’t hold back on their criticism, according to: The Daily Caller, which reported:

The decision to remove the man who invented the web: scripting language JavaScipt did not sit well with many customers – many of them pelted Mozilla’s website with a surge of negative feedback.

On Friday, 94 percent of the sentiments registered on the site were “sad,” while six percent were “happy.”

“Your abject and pathetic condemnation of an individual’s right to hold and support their own view on the world is simply unbelievable,” read one user’s comment on the Mozilla site.

As of Friday, the company had received approximately 7,000 negative comments to Eich’s removal as opposed to 500 comments approving it.

Megyn Kelly fans call for her to fire her stylist

Mozilla’s decision has also led to at least one conservative website – TruthRevolt – to block Mozilla’s Firefox users, according to: Breitbart News.

Those attempting to get on TruthRevolt via Firefox are met with the following message:

Pardon this interruption of your TruthRevolt experience. Mozilla recently forced its CEO, Brendan Eich, to resign over his personal support for traditional marriage. The firing followed a vicious smear campaign against Eich by dating website OKCupid, in which OKCupid blocked Mozilla users from visiting their website.

We would therefore prefer that our users not use Mozilla software to access TruthRevolt, given Mozilla’s crackdown on political and religious positions held by millions of Americans.

Going forward we urge you to consider a different web browser for accessing TruthRevolt.org.

Here are a few alternatives:

Outrage and boycotts can work both ways.