Oregon Bakery Will Have to Pay Gay Couple Up to $150K

The gay rights movement can officially say they’ve claimed another victim. Sweet Cakes by Melissa, an Oregon bakery, will be forced to pay $150,000 to a gay couple for refusing to bake them a wedding cake. 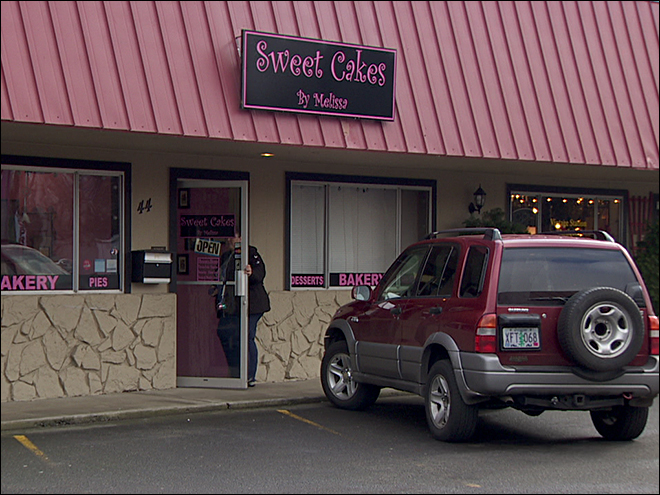 A Gresham bakery discriminated against a same-sex couple who wanted to purchase a wedding cake, the Oregon Bureau of Labor and Industries announced Monday.

The owners of Sweet Cakes by Melissa bakery will have to pay the couple up to $150,000, BOLI spokesman Charlie Burr said. The exact amount will be determined at a hearing on March 10.

In Jan. 2013, Laurel Bowman said Sweet Cakes refused to sell her and her fiancée a cake for their upcoming wedding. Bowman said Aaron Klein, the co-owner of Sweet Cakes by Melissa, said the couple’s union was an “abomination unto the lord.”

Bowman filed an anti-discrimination complaint with BOLI later that year, alleging that the bakery violated the Oregon Equality Act of 2007, which protects the rights of Oregonians who are gay, lesbian, bisexual or transgender.

Crying “victim” sure does pay for all these poor, poor gay couples forced to find another baker. After all, if they didn’t whine about discrimination and simply went about their life, they probably wouldn’t get a massive payout, and where’s the fun in that?