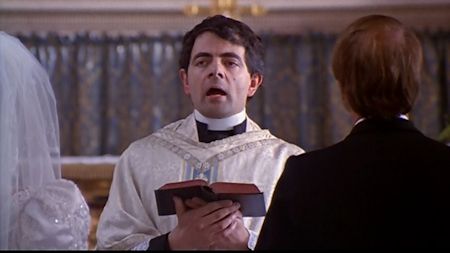 A Republican senator is hoping to alleviate a dilemma that the rising tide ofsame-sex marriages: could create for places of worship. As such unions become more acceptable, U.S. Sen.: Mike Lee: of Utah is afraid the day may come when churches are forced to perform gay marriages or lose their tax-exempt status.

“What we’re talking about here is the freedom of religious belief, the freedom of a church, for example, to adhere to its own religious doctrine so that it cannot be discriminated against by the government,” he told: Newsmax, which also reported:

Lee said the federal government’s failure to protect religious liberty – citing Obamacare mandates for contraceptives and abortion-inducing drugs – was a key motivation for him to introduce the “Marriage and Religious Freedom Act,” which protects clergy from being punished if they refuse to perform gay marriages.

Some state courts have also held that businesses like bakeries and photo studios may be required to perform personal services for same-sex weddings, even: under penalty of incarceration.

The bill, cosponsored by GOP Sens. Marco Rubio of Florida, James Inhofe of Oklahoma and Lindsey Graham of South Carolina, was introduced before the congressional holiday recess. A companion House bill was introduced with bipartisan support.

“It is rare that a month or few weeks go by without me hearing from some religious person or institution that has great concern about the status of religious liberty,” Lee told Newsmax. “And that’s all the more reason why those of us who believe in religious liberty, whether we are Democrats or Republicans, need to stand up and make clear that there is a good reason why religious liberty receives protection in the Constitution, and there are good reasons why we need to draw protective lines in legislation that we pass that will bolster those protections.”

Although he is concerned about the expansion of federal power under the Obama administration, Lee said he takes comfort in the president’s statements saying he doesn’t intend to jeopardize the tax-exempt status of religious organizations that refuse to recognize gay marriage.

“In light of the fact he said that, I think it’s important that we memorialize that in legislation,” Lee added. “If he in fact feels that way, then he should be just fine with this legislation.”

Federal courts are beginning to recognize that religious organizations should not be required to provide the “morning-after pill” as a part of employee benefit packages. So, too, places of worship should not be forced to perform same-sex marriages in violation of the tenets of their faith while risking the loss of their tax-exempt status.