The LGBT lobby has made it their mission to have every aspect of their lives not only tolerated, but accepted — from same-sex marriage to transgenders. A big aspect of that includes indoctrinating children, with the latest trend being having drag queens read to children at libraries[1]. 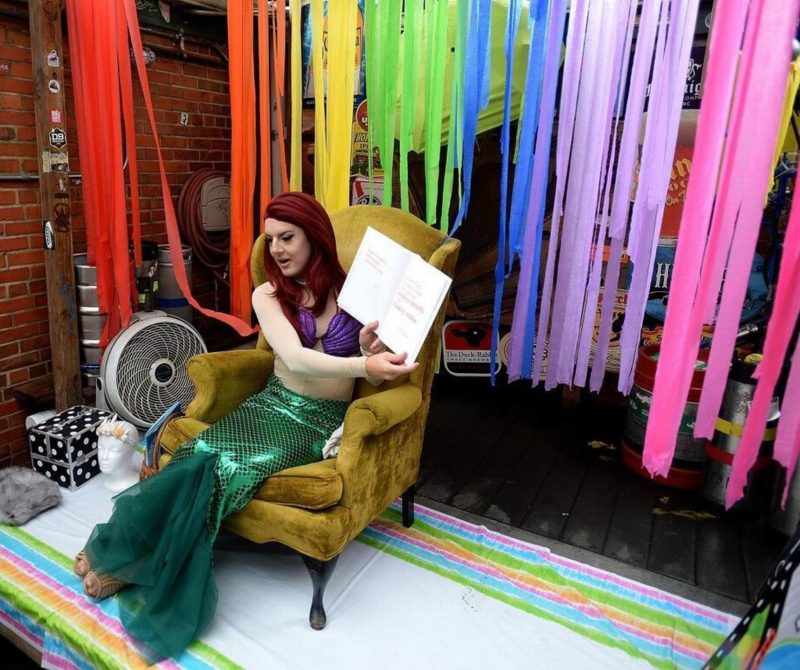 Charlotte, North Carolina has begun a program that will allow drag queens to read stories to preschool-aged children. The first event was held at Plaza Midwood’s Common Market, with drag queen Brandon James dressed as a mermaid while he read to the children. The story time was packed with children, as parents evidently found it acceptable to bring their children to see a drag queen. Several kids posed for pictures with James, as well.

Originally, James wanted to have his story time at Charlotte Mecklenburg Library, but the library denied the request. He said that he was then targeted with hate speech in response by people in the community. That was when Common Market owner Blake Barnes stepped in, offering to host the story time because he felt it was “ridiculous” for people to be offended.

James said that he wanted to help promote diversity, which is why he wanted to host a drag queen story time. He explained that he wanted children to understand that people are “all different but normal.” Perhaps making the event even more twisted, however, was that James wasn’t just hosting a drag queen display — he was dressing up as a popular children’s character, as Disney’s Princess Ariel. So it wasn’t enough for these children to be exposed to drag, they also had to have one of the most popular Disney movies perverted as well.

And of course, anyone who thinks that children should have their innocence protected is a hate-filled bigot. The silver lining is that the library, at least, refused to host the event. Unfortunately, other libraries around the country did not and are hosting drag queen story times already.

Would you let your child attend story time hosted by a drag queen?