With June being gay pride month, cities across the country are holding gay pride parades. This wouldn’t typically cause any issues with other liberal groups, but surprisingly, that’s exactly what happened with the Washington, D.C. gay pride parade. The parade was ruined and you’ll be shocked to know who the culprit was[1]. 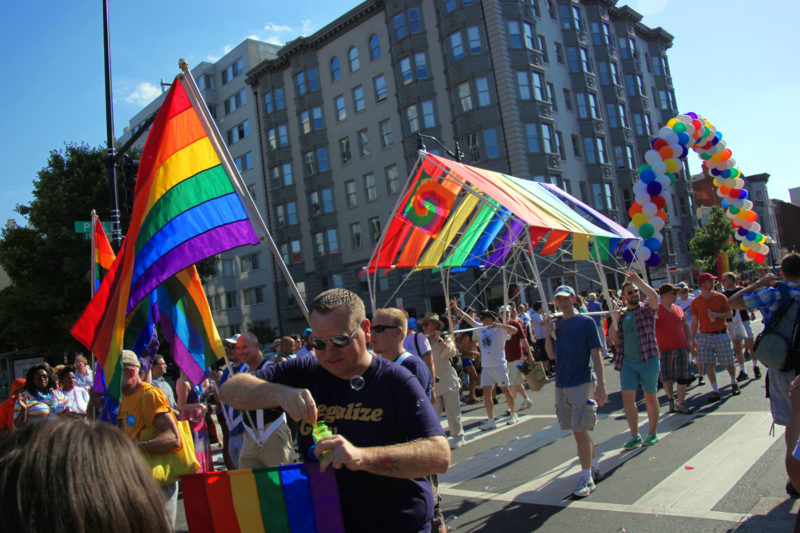 The Capital Pride Parade took place on Saturday, organized by the Capital Pride Alliance. But the parade was quickly interrupted by a Black Lives Matter-esque protest group, which tried to put a stop to the festivities.

And for at least a short time, it appears they were successful:

More video shows the chaos as the two groups clashed:

The group behind the counter-protest is called “No Justice No Pride” and altogether, tried to shut down the gay pride parade three separate times. The group formed human chains in front of the Lockheed Martin float, as documented by a “Think Progress” reporter on Facebook:

Part of the complaint was that LGBT activists were being “forced” to march alongside police officers — the officers there to keep parade-goers safe — and according to the protesters, police officers are racist murderers.

“We deserve to celebrate Pride without being forced alongside the police who kill us,” a press release said. “Pride should be a haven for the entire LGBTQ community. The Capital Pride Board has shown who it’s prioritizing. No Justice No Pride is for everyone who has previously been excluded and for a different vision of what this event could and should be.”

The parade eventually had to be rerouted and eventually was completed. But parade-goers didn’t appreciate the disruption.

The gentleman in the blue shirt shouted, "Fuck you for ruining a nice parade!" and tried to start his own "No respect, no pride" chant. pic.twitter.com/Ha7qS8LRsC[6]

This is how liberal groups are interacting with each other right now. No wonder the left is in total chaos right now.