Religious freedom has been under attack for years now, especially for Christian business owners and organizations. As the LGBT lobby grows more powerful, more and more Christians find themselves being bullied by the government and by LGBT activists. And now there’s been another fight for religious freedom — with surprising results[1]. 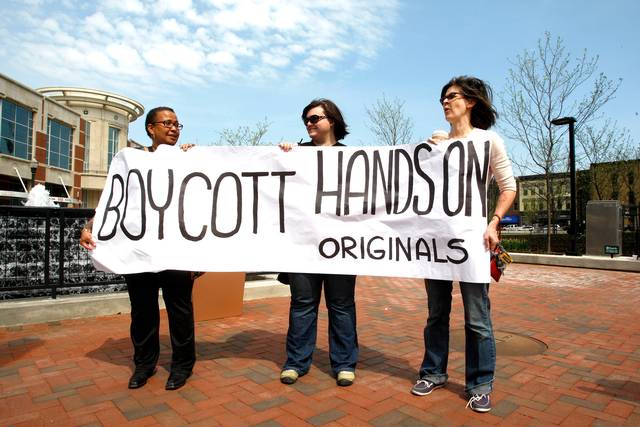 Hands On Originals is a Kentucky-based t-shirt company that was asked to make t-shirts for a gay pride festival — the 2012 Lexington Pride Festival, ordered by Lexington’s Gay and Lesbian Services Organization. The company declined because, according to owner Blaine Adamson, printing the t-shirts and supporting the festival would violate his religious beliefs. The LGBT lobby immediately jumped in to take action and the Lexington City Human Rights Commission ruled that they had violated a city ordinance against discrimination. But rather than accepting the ruling, Hands On Originals fought back, appealing the ruling in court.

Even though Adamson cited his First Amendment rights, the Human Rights Commission refused to budge, so Adamson appealed the decision to a Kentucky state circuit court in 2015, which ruled in his favor. But the Human Rights Commission refused to let the issue go; they then appealed the court’s decision. And in a 2-to-1 ruling, the court upheld their original decision, backing Adamson’s right to religious freedom.

According to the judges, Adamson didn’t violate the city’s fairness ordinance because they didn’t refuse service due to sexual orientation, but because they believe they should not be forced to spread a message that violates their religious beliefs. “The right of free speech does not guarantee to any person the right to use someone else’s property,” Chief Judge Roy Kramer wrote.

Now, having been defeated twice in court, the Human Rights Commission will need to decide if they’re going to appeal, yet again, or if they’ll decide to continue trampling all over Adamson’s right to religious freedom.