If you’ve been following the news with any sort of regularity, then The Hitching Post should ring some bells, pun not intended. A tiny wedding chapel in Coeur d’Alene, ID has passed a law that states that those pastors who don’t see fit to violate their religious beliefs and perform a gay marriage can face fines and possible jail time[1]. 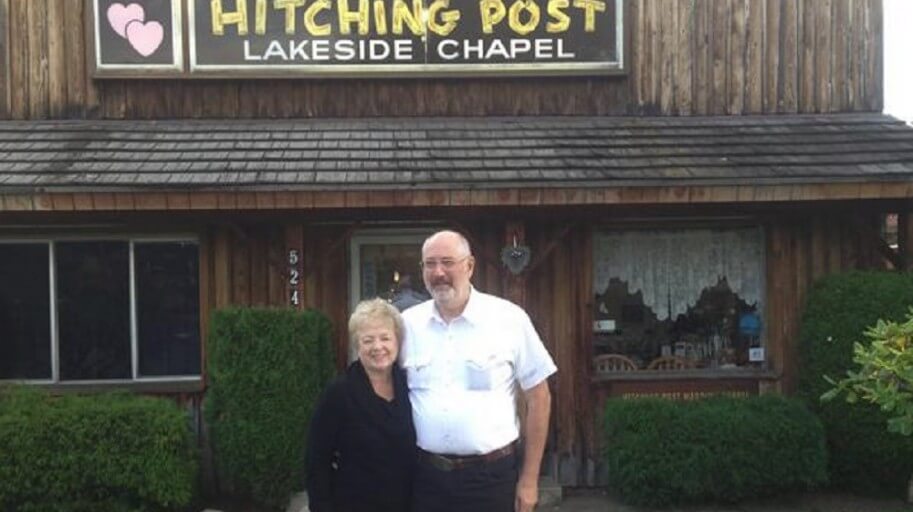 One of Idaho’s largest cities has passed a law aimed squarely at Christian pastors, requiring all of them to marry gay couples or else face fines and possible jail time.

Coeur d’Alene, Idaho, has a city ordinance that prohibits discrimination against homosexuals. While the state has a ban on gay marriage, a federal judge recently ruled that ban unconstitutional and the Supreme Court has refused to take on similar appeals from states whose bans have been struck down.

According to the Washington Times[4], the ordinance comes after a protracted legal battle with Donald and Evelyn Knapp, a couple that owns and operates the Hitching Post wedding chapel in the Idaho city.

The Knapps are Christian and oppose same-sex marriage. When they were asked to perform a same-sex union, the couple refused, citing their religious beliefs.

Under the ordinance passed by Coeur d’Alene, both Donald and Evelyn Knapp face 180 days in jail and $1,000 in fines for every day they refuse to perform the ceremony for the same-sex couple. The same would apply to any pastor who operates in a for-profit environment and refuses to marry a gay couple.

Can someone point me to the amendment where it says we have a right to get married. Because I can show you the First Amendment that protects my right to practice my religion. Don’t worry, I’ll wait.