LGBTQ Nazis across many cities in the country are calling for city officials to use taxpayer money[1] to fund “rainbow crosswalks” to “honor the LGBTQ community.” 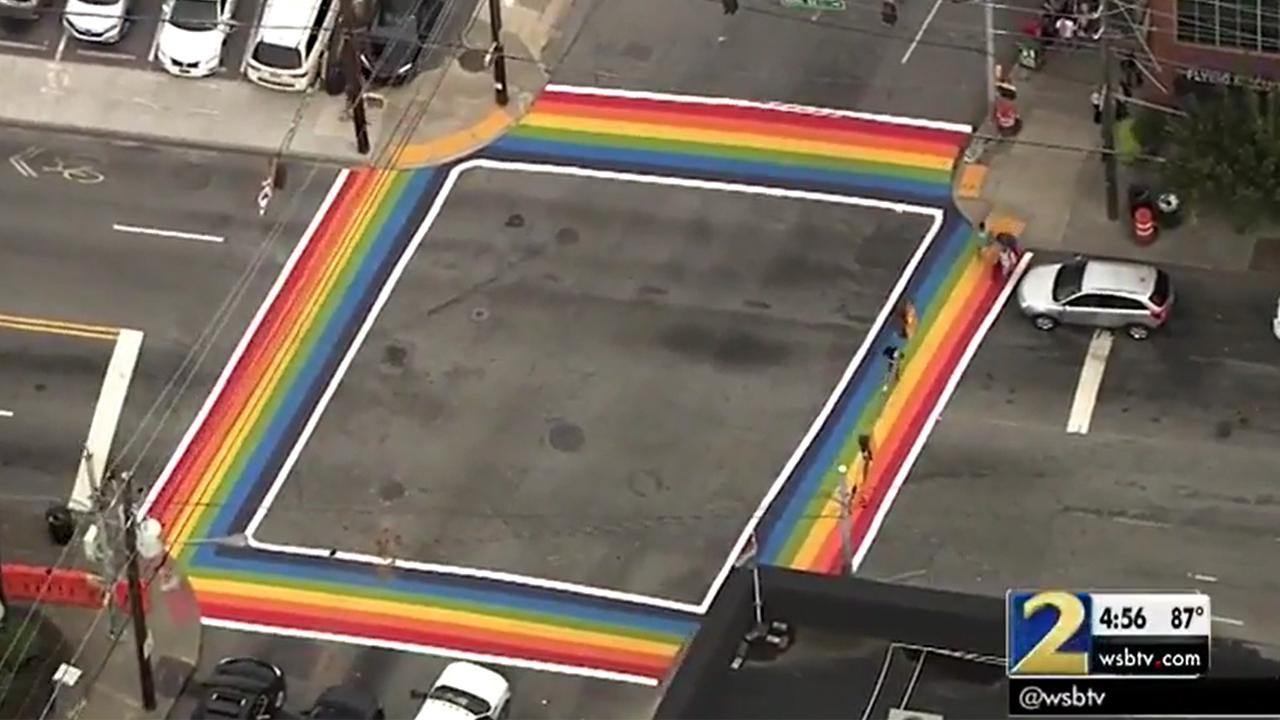 “Rainbow crosswalks” are the just public crosswalks that have been repainted in rainbow colors, which have been taken by the LGBTQ community for signaling of greater acceptance and rights for LGBTQ campaigns and beliefs.

Activists are goading local lawmakers to make the crosswalks by what? Petitions, of course. Presently, one of the cities being bombarded with the petition is Chicago. That petition is now widespread there and has earned more than 4,000 signatures. According to the petition’s self-serving goal, tax-paid rainbow crosswalks are going to make things better…at least until the next demand, “Some cities, like San Francisco, have made LGBTQ people feel more at home by creating permanent rainbow crosswalks to honor the LGBTQ community. … This is one small thing that could be done to signal to one of the most marginalized communities in the country that we are here for them, we see them, and we support them.”

Washington, D.C., already set up temporary rainbow crosswalks in observance of transgender persons earlier in the year and Atlanta Mayor Kasim Reed proclaimed this week the city will make its rainbow crosswalks lasting following the circulation of a petition that accumulated more than 22,000 signatures. Reed said the crosswalks would be featured year-round in part to pay homage to those who lost their lives in the 2016 Pulse Nightclub shooting in Orlando.

“On June 12, 2016, amidst the celebration of Pride Month, 49 individuals lost their lives in an unspeakable tragedy in Orlando, Florida. Today, on the anniversary of this horrific event, we remember those whose lives were lost and those that were forever changed. Our thoughts and prayers were with you then, and they remain with you today.”

Philadelphia and San Francisco have already installed their permanent rainbow crosswalks without any petitions, but that isn’t so for others, which have petition circulating places like Fort Lauderdale, Florida, Milwaukee and New York City.

If you don’t agree on that your tax money should be spent on a superficial endevour, be prepared to be called homophobic and a horrible, rotten person. It’s a tool of ‘social justice warriors’.