Liberals may be trying to cram as much of their agenda down our throats as they can, but that doesn’t mean that everyone is happy about it. At this weekend’s NASCAR race, someone had a little fun with Obama’s new bathroom law and surely made some liberals cry in the process. 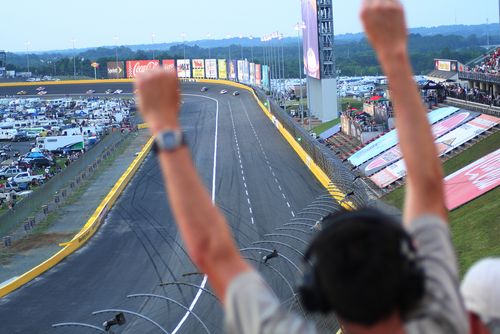 Signs on the porta-potties in the parking lot at the Coca-Cola 600 NASCAR race at the Charlotte Motor Speedway in North Carolina on Sunday poked fun at the ongoing controversy in the state–and the nation–over a bathroom law that requires people to use public restrooms that correspond to their biological gender.

Someone must have complained at some point, because the signs were eventually removed. And it’s too bad, because it was hilarious!