Liberals have been busily trying to suddenly promote being gay or transgender as being normal. It’s not enough for them to have people tolerate the LGBT lifestyle; no, people have to openly accept and celebrate it, and it has to be seen as the new normal. A perfect example is the new “poll” released by the New York Times trying to further normalize transgenderism[1]. 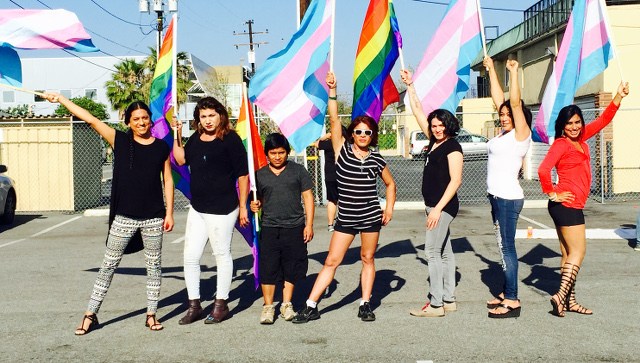 According to the newspaper, one out of every 137 teenagers would identify as transgender if they were asked. The total is almost 150,000 American teenagers, between the ages of 13 and 17. “We want to make sure that policy debates are informed by actual figures,” said Jody L. Herman. Herman works as a scholar of public policy at the Williams Institute at the UCLA School of Law and is one of the co-authors of the study.

The report estimates that there are 149,750 teenagers across the country, making up approximately 0.7% of the teenage population. The authors of the study also estimate there to be 1.4 million transgender adults in the United States.

While the New York Times says that the Williams Institute is “well regarded for its research on lesbian, gay, bisexual and transgender issues,” they fail to point out that the think tank has forwarded pro-LGBT information. The paper does not point out, for example, that according to Dr. Paul McHugh, former psychiatrist-in-chief at the Johns Hopkins Hospital, around 70-80% of adolescents who identify as transgender grow out of those feelings. McHugh has also pointed out that the suicide rate for transgender people who went through gender reassignment surgery is higher than that of non-transgender people.

The reality is that, like it or not, transgendered people are people who are ill with body dysmorphic disorder. The fact that they genuinely believe that they are a different gender is not in doubt — but the problem is, these are people who are mentally ill. The answer is not to play along with their delusions and allow them to mutilate themselves, or pretend that a man can actually turn himself into a woman. That’s not helping these people and the rise of trans activists certainly doesn’t mean that it’s something that should be seen as normal or laudatory.