More temper tantrums and thuggishness[1] from the gay quarter. This time in San Francisco. The mayor there announced Friday that he is barring city workers from traveling to North Carolina in response to the implementation of a law that forces transgenders to go to restrooms and locker rooms that pertain to their sex declared on their birth certificates. That is statewide and is the most specific and stringent law of its kind in the US. This has ticked off transgenders and gays to no end. I don’t see how it is lawful or constitutional to ban city workers from traveling there. I call that fascism. It’s heavy handed and discriminatory to say the least. 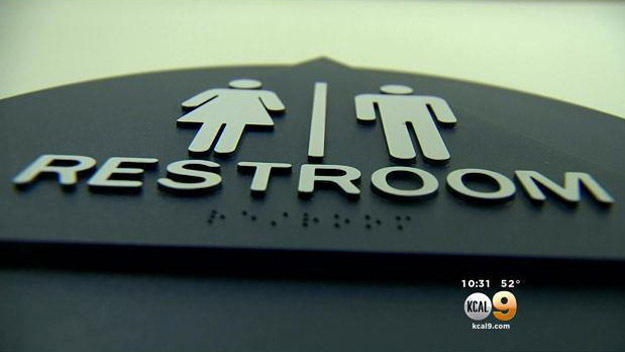 Mayor Ed Lee announced Friday he is barring city workers from traveling to North Carolina in response to that state enacting a law that prevents cities and counties from passing their own anti-discrimination regulations, according to Fox News[3].

The law was prompted by a wide-ranging ordinance passed in the city of Charlotte that would, in effect,allow any man to enter a woman’s restroom or locker room simply by identifying as a transgender. North Carolina Gov. Pat McCrory, the former Republican mayor of Charlotte, signed the bill into law this week, saying it will “stop this breach of basic privacy and etiquette.”

The LGBT community claims the law will result in discrimination, and Lee agrees.

“We are standing united as San Franciscans to condemn North Carolina’s new discriminatory law that turns back the clock on protecting the rights of all Americans including lesbian, gay, bisexual and transgender individuals,” he said in the statement.

“Effective immediately, I am directing City Departments under my authority to bar any publicly funded city employee travel to the State of North Carolina that is not absolutely essential to public health and safety.”

Technology giants Apple, Google and Facebook joined with other big companies like American Airlines and IBM in also opposing the North Carolina law, the Associated Press reported. The NBA is considering relocating its 2017 All-Star Game which is scheduled to be played in Charlotte. I say let them and if they want to leave the state, don’t let the rainbow-colored door hit you in the collective ass. Just because someone is confused about the contents of their sock drawer doesn’t mean we should all have to put our children, grandchildren and family members at the mercy of pedophiles and rapists. Allowing transgenders to go into any restroom or locker room they want does just that. They are a very small minority and to placate these confused people, you put everyone else at risk. Hollywood is rallying in support of gay rights after Georgia passed just such a law last week, which is awaiting the signature of Gov. Nathan Deal. Disney and Marvel joined forces with AMC, which films “The Walking Dead” in Georgia, to oppose the religious liberty bill, with the Walt Disney Co. threatening to no longer film in Georgia if the bill is signed into law. Well, when you’ve lost the support of zombies… The NFL has also taken a stance in favor of gay rights, saying Atlanta’s position as one of the finalists for the next two Super Bowls could be affected if Deal signs the legislation. Georgia and North Carolina seem to have some common sense and morals left. Hollywood, big Progressive businesses and sports giants, not so much. The Walking Dead can just keep on walkin’.