Well, not really a bombshell…[1] all of us for years have known that Shep Smith is gay. He did come out at a speech at the University of Mississippi though and say that he goes home to the man he loves at night. Good for him… I don’t agree with his lifestyle choices, but they are his to make. I have wondered about his health in the past. For a while on Fox, he looked to be on death’s doorstep, but he looks healthy as can be now, so whatever it was, it seems to have passed. My problem with Shep Smith has never been his sexual orientation… it’s his politics that I can’t stand.

I watch Fox News because it is the most conservative out there. That doesn’t necessarily mean it is really conservative. Shep Smith is certainly not conservative by any stretch of the imagination. I’m sure he’s great at what he does, but I do not use him as a news source and I don’t watch him for the same reason… his opinions are overwhelmingly progressive in nature. But that’s okay… the whole network is sliding leftwards and he’ll feel more and more at home there regardless of scandals.

Shepard Smith opened up about his sexuality during a speech at the University of Mississippi, confirming that he is in fact in a relationship with another man and that being gay has not had any negative impact on his job at Fox News.

‘I don’t think about it. It’s not a thing,’ said Smith according to The Clarion-Ledger[3].

‘I go to work. I manage a lot of people. I cover the news. I deal with holy hell around me. I go home to the man I’m in love with.’

He also spoke about the October interview with Huffington Post[4] in which he publicly reveled that he was a gay man.

‘Someone asked me if [former Fox News CEO] Roger Ailes had been abusive to me, and I said, “No. He was always good to me,’ and that was the truth,”‘ said Smith.

‘And when I told the truth, I guess it was considered that I outed myself. I didn’t even think about it, because I didn’t think I was in.’

Shepard Smith now openly talks about being gay. And Roger Ailes was like a father to him. He loved the man and was devastated when he found out what he’d been doing. He reported on it pretty fairly. But I’m sure it rocked his world and the rest of Fox News will never be the same. The Murdoch boys won’t let it be the same… there is a purge going on there and conservatism is dying fast at the network.

Like so many of us, Smith is a workaholic. He’s truly dedicated to his work and loves it. I don’t know why they picked now to make a big deal about him being gay. Unless they are looking for good publicity for Fox News these days. No one condemned, hated him or ignored him over it. In fact, in his line of work, even at a so-called conservative network, it’s probably a perk. Another reason we need a different network y’all. 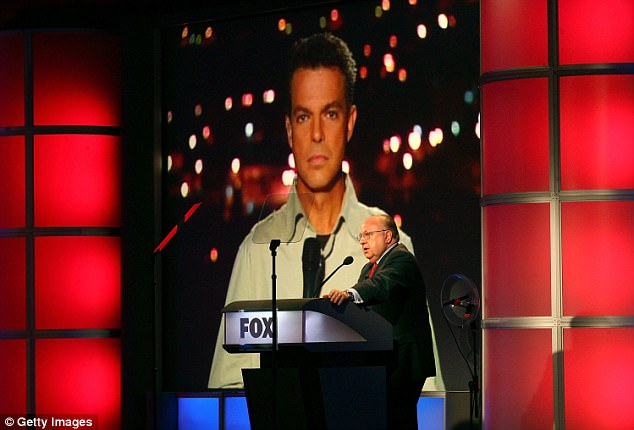