It’s not enough for the gay rights lobby to just have same sex marriage legalized — no, they demand that not only must gays be allowed to marry, everyone has to be celebrating it as well. Apparently, American sports teams didn’t get the memo, and now they’re facing the wrath of PC liberals. 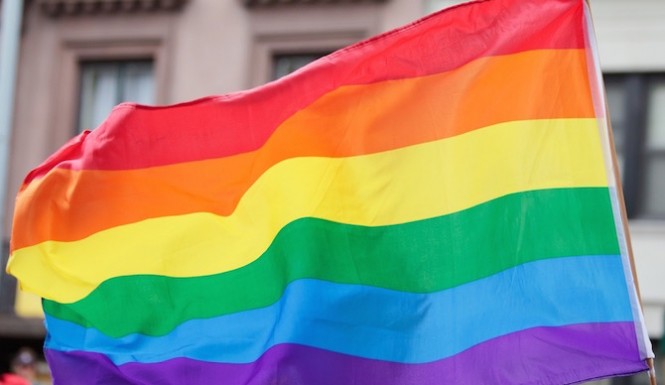 Since Friday’s Supreme Court decision, people have been showing how open minded and tolerant they are by making their profile pictures rainbow colored. Businesses all over America issued statements or graphics showing how open minded and tolerant they were with rainbows. Some would say that none of the companies really care about gay rights as much as they do cheap publicity stunts, but they would be wrong. Some would also say that it’s just a horrendous fashion statement.

If you don’t go rainbow, you are a homophobic. Just like American sports…

In fairness, social media isn’t the only arena in which sports teams interact with their community, and several have expressed support for gay rights in other ways. The Seattle Mariners, for example, will fly a rainbow flag during their game against the Chicago Cubs on Sunday. But the silence of so many teams on Friday was nonetheless striking. Why is the professional sports world so slow to embrace a social change favored by a large majority of Americans?

“The silence was striking” because private sports companies didn’t issue statements on a Supreme Court decision that didn’t effect them, and really only effected a handful of states that hadn’t already legalized gay marriage as it is. If only the NHL had posted a picture of a rainbow Stanley Cup spitting on a priest, we might not have to write this right now.

My favorite quote would be the one below however, because it’s incredibly telling of what progressives are pushing here.

There it is. Masculinity, it’s very existence, is considered ‘toxic’ by modern leftists. Why? Because they want to see it as a relic of a bygone era where sex/gender still existed. The goal here is not only ‘tolerance’, it’s not only acceptance, but the ultimate destruction of gender dilineation completely. It’s the same reason that ‘Caitlyn Jenner’ is getting an award for… winning the men’s Decathlon… I think?

This is America. Not caring? Homophobe.

Not having an opinion? Homophobe.

Your favorite sports team not making a political statement? Homophobe.

Not vomiting in disgust over the very idea of ‘masculinity’? Toxic homophobe.

Heck, even in the professional sports world, merely thinking it’s good that everyone can get married, but not thinking you need to make your logo fabulous? Homophobe.

This is not, and never has been, about tolerance. This is about fundamentally changing the American landscape and forcing a radical agenda down our throats, and we must comply, or face the consequences.