Listen up homophobes, they are coming for you and your wallet. They told us it was a slippery slope argument, that if we had nothing to worry about if we kowtowed to the gaystapo or the gay brigade. 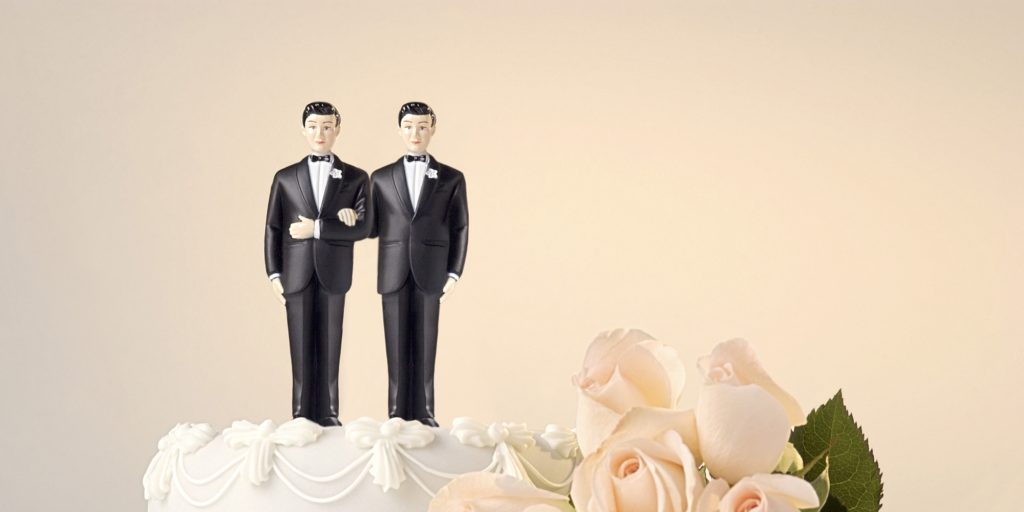 The Oregon Court of Appeals upheld the ruling that a bakery owner had to pay a $135,000 fine for declining to bake a wedding cake for a lesbian couple. The court ruled that the “emotional damages” done to the couple were so heinous that Melissa and Aaron Klein, owners of Sweet Cakes Bakery, had to pay for their sins to the tune of 6 figures. Ouch. That is probably a significant portion of their income. So much for live and let live, am I right?

But we knew this was their agenda all along. Make the political and social climate so hostile towards anyone who believes in traditional marriage that any dissent will be stamped out accordingly. Everyone else will self-censor out of fear of these people. It’s all a master plan at work.

“This case is not about a wedding cake or a marriage,” Oregon’s Bureau of Labor and Industries states. “It is about a business’s refusal to serve someone because of their sexual orientation. Under Oregon law, that is illegal.”

“This is a shocking result which shows the state’s relentless campaign to punish Oregonians who live and work according to their faith,” said Anna Harmon, a legal representative for the Kleins.

“And what’s unfortunate here is that a family and their business has been punished because of their religious beliefs. And that’s not America. That’s just flat out wrong.”

The Kleins had no choice, but to go out of business shortly after the lawsuit in 2013. Melissa also had to close her online business.

“We lost everything we loved and worked so hard to build,” she said. “I loved my shop. It meant everything to me and losing it has been so hard for me and my family.”

Too bad bigots, you got what was coming to you. You must acquiesce to these people and live by their demands or they will put you out of business in the name of equality and fairness. What’s not fair about that?

The next step for the Kleins would be to appeal to the Oregon Supreme Court. They haven’t decided on what to do yet, but I doubt the ruling would by any different in hippieville Oregon. But don’t worry, nothing will change[5] because of the gay marriage ruling. You have nothing to worry about, nothing to see here folks.