Blair Imani helps run group “Equality for Her” and says that certain groups of people need “safe spaces”[1] and she thinks the government should have to take care of them. As you might have guessed by now, Tucker Carlson disagreed wholeheartedly.

Imani started off the conversation:

“First I think we need to start by understanding that everybody kinda misunderstands what a ‘safe space’ means. So for me today, I’m talking about ‘safe spaces’ being somewhere where you can be who you are without having fear of being surveilled, having violence committed against you or being harassed. And I think it’s a good idea to have everywhere.”

“I converted to Islam two years ago but for folks who have been Muslim and living in America,” she explained, “it’s a crisis for them. Because you know you’re being surveilled, you’re being watched, and children are being affected.” 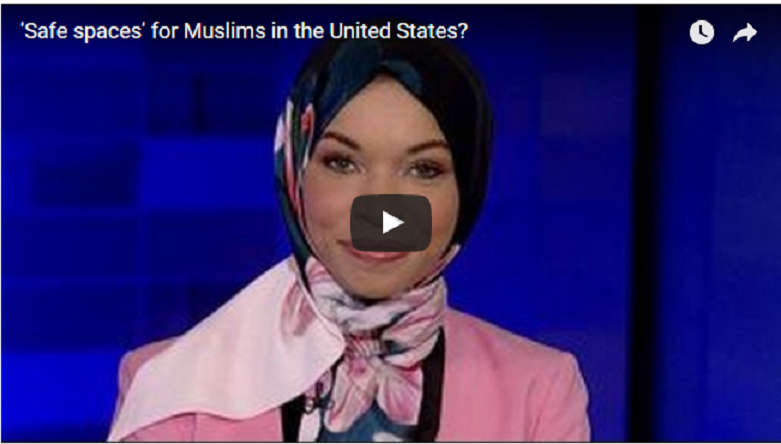 We are continually fed this lie that Muslims in America are being beaten, rounded up and treated as if they were Jews in 1930’s Germany, yet there are never any facts to point to when it comes to sweeping movements and frankly, this is far past offensive.

Carlson hits back at Imani for her idiotic, talking points claim and how damaging that kind of narrative could be to solving the real problems that American communities face. When I hear this same false argument on behalf of the Muslim community, I’m turned off immediately and have no interest whatsoever to listen, because the lies that and falsehoods that area aimed by design, at non-Muslim Americans who just want to go about there days without walking down the street and being accused of committing some mass-surveillance program of Muslims.

After Carlson gets his point across that Imani is more upset about false ‘oppression’ against Muslims than she is about actual Muslims who commit atrocities in the name of her Allah, he gets down to brass tacks:

“OK, but what you’re doing is coming on and lecturing the U.S. government from being racist and mean to Muslims,” he said, “why don’t you just say, ‘there’s a real problem in our community, we’re trying to do something about it, but maybe they should stop like surveilling us so much,’ that would be a fair thing to say, but instead it’s like it’s always the fault of the larger society and you know what, that’s just silly.”