This is where we are at as a country: some kids create an app for public use and are now being forced to apologize because they only included two genders. Horrifying, I know. They’re clearly Hitler reincarnate.

If you’ll excuse me, I will be buying up stock in Kleenex and coloring books. I have a feeling sales are about to skyrocket. 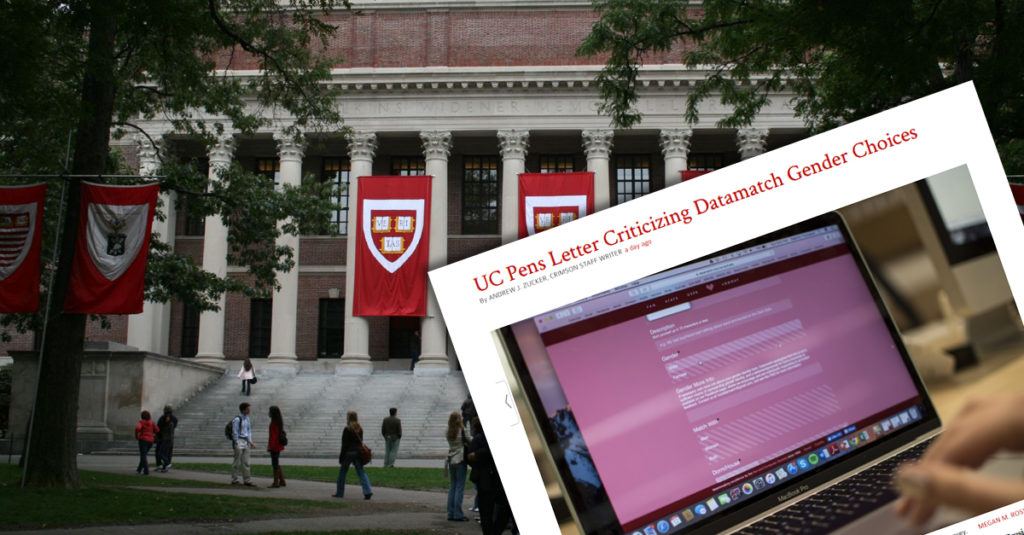 From Louder With Crowder:[2]

You’re familiar with Facebook, right (see Report Confirms Facebook Wanted to Ban Trump Posts[3] and Facebook Bribes Recruiters to Hire ‘Diverse’ Employees. It Fails Hilariously![4])? Facebook was created by a student at Harvard, who was basically left to his own devices (depending on which book you’ve read and believe on the subject). Today? Harvard students can’t create a dating app[5] without having people complain about only giving two genders from which to choose.

Datamatch, a matchmaking algorithm created by the Harvard Computer Society for Valentine’s Day, forced students to choose “male” or “female” without offering options for genderqueer or gender non-conforming students. The algorithm’s website this year, however, allowed students to elaborate on their gender identity in a text box, but only after selecting one of the two genders provided.

“I, on behalf of the Harvard Computer Society and on Datamatch, take full responsibility for the exclusion that we have created on campus,” Cuan-Martinez said at the meeting.

This is what college is doing to the youth, it’s turning them into weenies who need to apologize because someone, somewhere got their feefees hurt.