Is nothing sacred out there in the media?[1] Geez. Now National Geographic is jumping on the transgender wagon and to make it even worse, they are featuring transgender children. Their inclusiveness is the perversion of children. It’s sick. The parents of that child on the cover are transgender activists. I call them child abusers and they should be treated as such.

Transgenders are a very small minority of our population. They have always been with us and until lately, no one made a big overreaching deal of it. I remember in college in Vegas walking into a women’s restroom at a bar and seeing a woman adjusting her stockings, except it wasn’t a woman. I turned around and left… in Vegas, you expect things like this, but never in my wildest nightmares would I have expected parents to allow their children to do this. Some of them really encourage it. 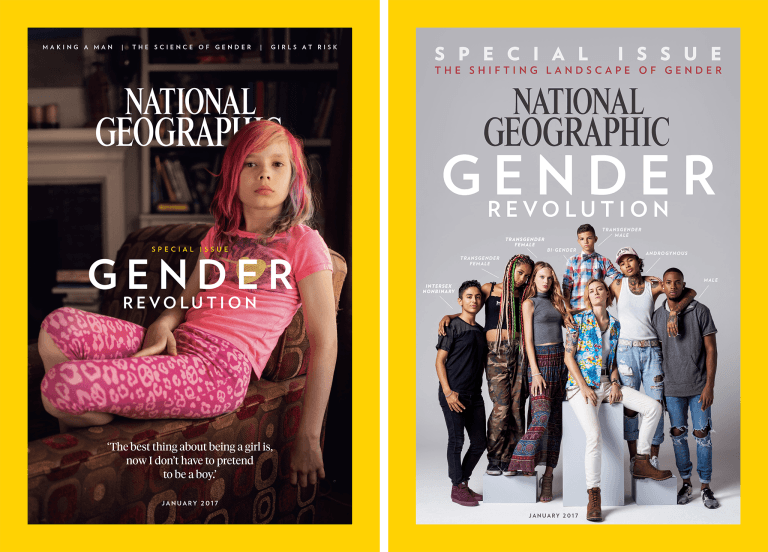 With 2016 coming to a close, people are beginning to gear up for the start of next year already (see Surprise! New Report Says 2017 ObamaCare Rates to Massively Increase[3]). For instance, National Geographic is greeting the new year full gay ahead. Its special January issue[4] reveals NatGeo is officially jumping aboard the “gender revolution…”

In what’s being touted as a first for the magazine, National Geographic will kick off 2017 by featuring a transgender person on its cover.

To be fair to NatGeo, transgenders did play a rather big part in 2016. Here’s a brief recap of the past year’s tranny highlights…

National Geographic claims they are making history with this issue. If you want to call ‘history’ as sexually exploiting children and pushing sexual perversion, then yeah… I guess you can call it history. 9 year-old Avery Jackson will appear on the subscriber’s edition of the magazine. National Geographic’s Editor-in-Chief Susan Goldberg told NBC Out (figures) that the magazine’s staff was inspired by gender’s omnipresence in the national conversation in creating the issue.

“We wanted to look at how traditional gender roles play out all over the world, but also look into gender as a spectrum,” Goldberg said. “There’s lots of coverage on celebrities, but there wasn’t an understanding on real people and the issues we face every day in classrooms or workplaces in regards to gender.”

The issue comes just ahead of the release of a two-hour documentary, “Gender Revolution: A Journey with Katie Couric,” which will cover “everything you wanted to know about gender but were afraid to ask,” according to Couric. That documentary will debut on National Geographic on Feb. 6. Couric’s career is swirling the drain these days… I guess she figures this will get her press. Mostly, it will just disgust people. Americans are sick of this twisted gender crap. 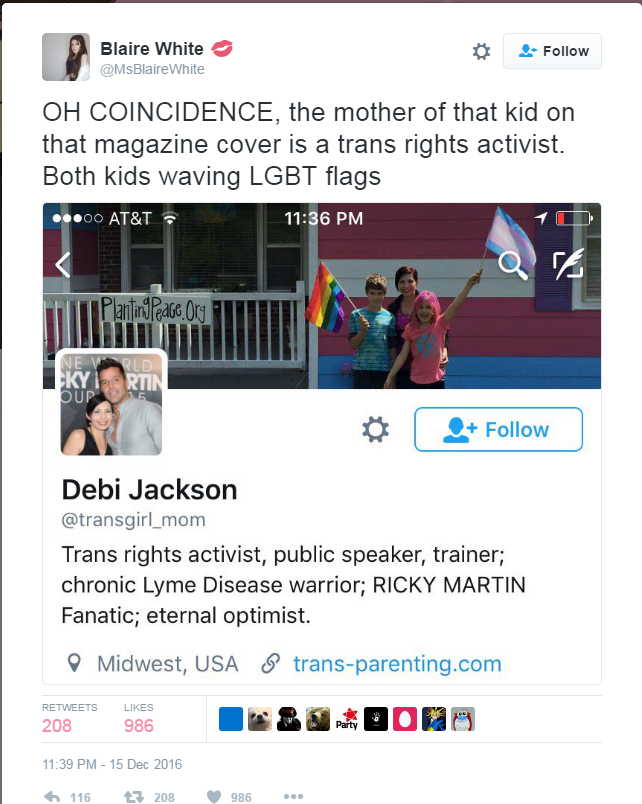