Republican Governor Pat McCrory caved under pressure and reversed the bathroom law in North Carolina[1]. Unfortunately, this may cause an increase in sexually driven and perverted crime in NC. The pressure came from musicians and companies like Bank of America and PayPal who refused to expand business or perform shows in the state.

McCrory spoke with Megyn Kelly to express his concerns. 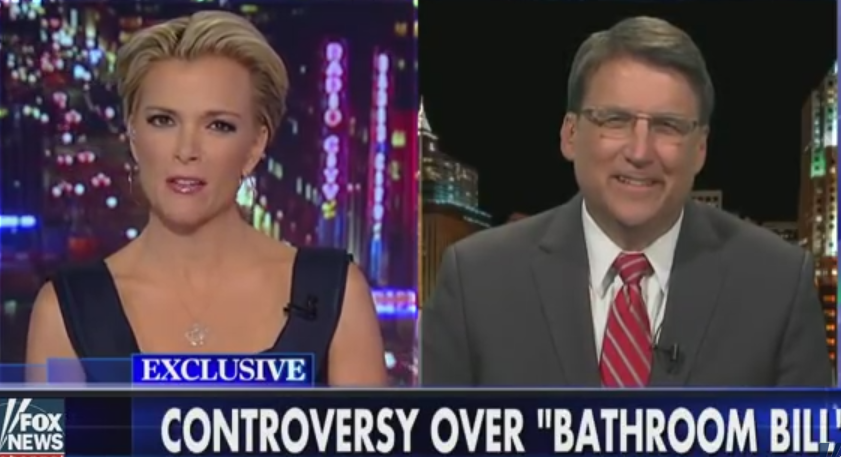 “I do not want government to tell private businesses what their bathroom policies should be,” he said.

So they imposed a law that protected people from sexually deviant crimes, but the leftists don’t want the confused transgender people’s feelings hurt? But raping a teenager in a bathroom or taking pictures under the stall is OK?

There’s no brains on the left.