This is sick and twisted.[1] A Canadian parent who identifies as a “non-binary trans person,” has just had a baby named Searyl Atli. He/She/It is fighting to have the baby be the first registered as “gender unknown.” Kori Doty wants the baby to choose its own gender when it gets old enough. Some people should not breed or be allowed to have children. This is one of those people. Kori prefers to go by the pronoun “they.” Seriously? That’s plural and this person is severely screwed up.

Kori gave birth to Searyl at a friend’s home last week, so “they” is obviously a “she.” I can’t take this anymore. There are two genders… not 92. British Columbia is refusing to issue Searyl a birth certificate with no sex listed. I don’t blame them in the least. But in a nod to this insanity, the province has, however, issued the child’s health cards with a “U” for “undetermined” or “unassigned,” so Searyl would have access to medical services. Doty has an attorney who is just as nutty as she is… her name is barbara findley (she refuses to spell her name with capital letters). She stated that British Columbia only allows male and female designations on birth certificates – cause that’s the biology, y’all. 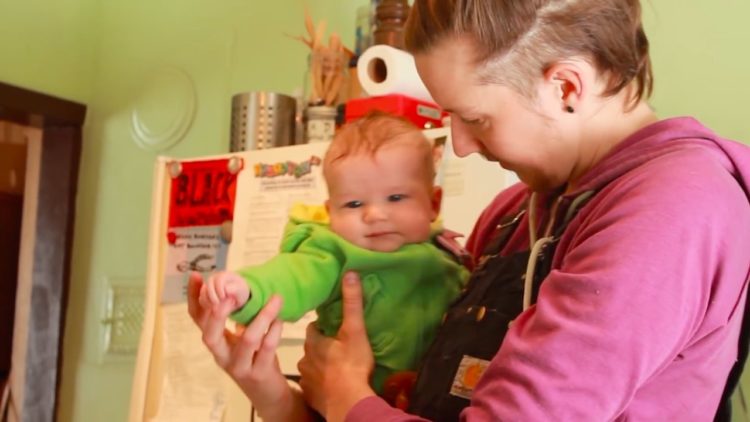 The apple doesn’t fall far from the tree.

Canadian parent Kori Doty, who identifies as a “non-binary trans person,” is fighting to make newborn baby Searyl Atli the first to be registered as “gender unknown.” Doty wants to allow Searyl to decide his or her sex, CBC News reported[3].

Doty identifies as neither male nor female, preferring the pronoun “they,” and wants Searyl, whose sex has not been entered into any government records, to have the same option. Doty gave birth to Searyl at a friend’s home last November.

“I’m raising Searyl in such a way that until they have the sense of self and command of vocabulary to tell me who they are, I’m recognizing them as a baby and trying to give them all the love and support to be the most whole person that they can be outside of the restrictions that come with the boy box and the girl box,” Doty said.

Doty is getting assistance from the British Columbia Human Rights Tribunal in her fight to get all government documents to accommodate those who claim to be neither male nor female. “When I was born,” Doty explained, “doctors looked at my genitals and made assumptions about who I would be, and those assignments followed me and followed my identification throughout my life. Those assumptions were incorrect,” she continued, “and I ended up having to do a lot of adjustments since then.” Evidently not enough.

Doty says that assigning a child’s sex at birth is a violation of their human rights. It takes away their freedom to choose their own sexual identity. What progressive weenie bull crap. Her attorney says the government doesn’t need to know the child’s gender. “Certainly, our culture is obsessed with [if a baby is] a boy or a girl, but the government doesn’t have any business certifying that information when they don’t know it to be true,” findley said. Biology at birth would dictate otherwise. They are also fighting to leave the child’s sex off of every legal document, including driver’s licenses and passports. “People always ask, ‘Is your baby a boy or a girl?’ I don’t know yet,” Doty said. “I’m waiting to get to know them more.” Can someone please save this child? Please?