Pediatrician: “Here’s What I Did When a Little Boy Patient Said He Was a Girl” [VIDEO]

Here is one doctor with a “transphobic” and “problematic” approach to treating children. I don’t think she is transphobic, but I’m sure there are plenty of people who think she is. Telling the unequivocal truth is now an act of defiance against the mob that subscribes to postmodernism. 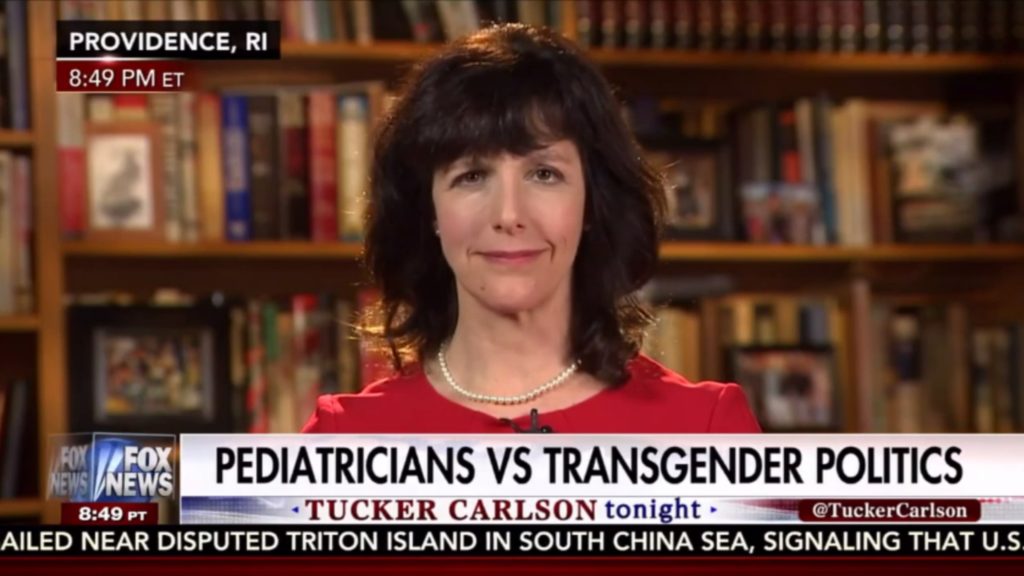 She absolutely eviscerates the entire agenda to push “transgender-ism” on children in a recent article written for the Daily Signal.

Michelle Cretella, the pediatrician in question writes, “Biological sex is not assigned. Sex is determined at conception by our DNA and is stamped into every cell of our bodies. Human sexuality is binary. You either have a normal Y chromosome, and develop into a male, or you don’t, and you will develop into a female. There are at least 6,500 genetic differences between men and women. Hormones and surgery cannot change this.”

This is something that we all inherently know, but there are some who are adhering to some questionable theories about human nature.

She continues with the take down of the ideology, “No one is born transgender. If gender identity were hardwired in the brain before birth, identical twins would have the same gender identity 100 percent of the time. But they don’t.”

She gives an account of one child that she helped that she names as “Andy,” which is not his real name.

“I had one patient we’ll call Andy. Between the ages of 3 and 5, he increasingly played with girls and ‘girl toys’ and said he was a girl. I referred the parents and Andy to a therapist. Sometimes mental illness of a parent or abuse of the child are factors, but more commonly, the child has misperceived family dynamics and internalized a false belief.

“In the middle of one session, Andy put down the toy truck, held onto a Barbie, and said, ‘Mommy and Daddy, you don’t love me when I’m a boy.’ When Andy was 3, his sister with special needs was born, and required significantly more of his parents’ attention. Andy misperceived this as ‘Mommy and Daddy love girls. If I want them to love me, I have to be a girl.’ With family therapy Andy got better.

“Today, Andy’s parents would be told, ‘This is who Andy really is. You must ensure that everyone treats him as a girl, or else he will commit suicide.'”

This sounds like a typical 5 year-old. They want to please their parents[2]. They want to play with toys and eat candy. They can’t decide what gender they are anymore than they can make themselves a spaceman or a cowboy or anything they pretend to be.

She goes on to say, “To indoctrinate all children from preschool forward with the lie that they could be trapped in the wrong body disrupts the very foundation of a child’s reality testing. If they can’t trust the reality of their physical bodies, who or what can they trust? Transgender ideology in schools is psychological abuse that often leads to chemical castration, sterilization, and surgical mutilation.”

Of course, there are plenty of people who have to virtue signal and toe the party line. The Society for Adolescent Health and Medicine (SAHM) responded to her article saying that it, “strongly rejects the views of those in the medical community pushing political and ideological agendas not based on science and facts.”

You would think from that quote that they are on the right side of this issue, but they are not. They go on to say, “Dr. Cretella’s argument here, after citing an article from her own organization, relies on the false premise that DNA determines gender. It determines sex, but not gender.”

Like I said, the party line had to be parroted. This is the kind of thing we are up against. Once people reach adulthood, they can do whatever they want. But to give children hormone blockers to delay puberty is child abuse.