At least 50 people have been hurt in an Amtrak derailment in the Frankford section of Philadelphia late on Tuesday evening. Last night up to five were reported dead. 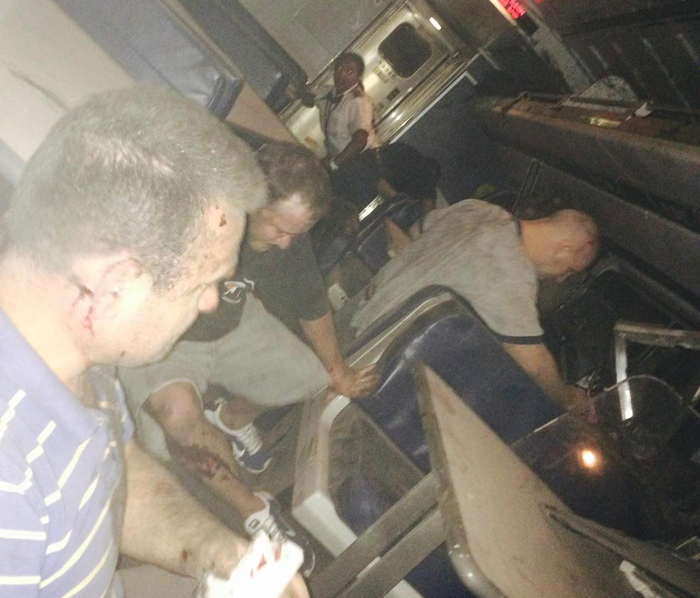 Authorities say[1] that up to 240 passengers were on board the train.

Officials say eight to ten cars derailed on the 2000 block of Wheatsheaf Lane. At least 50 people were injured though officials have not yet revealed their conditions. Many of the passengers were taken to Aria Health Frankford.

Officials say approximately 240 people in all were on board. The train was heading to New York from Washington, DC, according to officials.

In a video posted on Instagram, passengers are heard telling other victims to crawl forward.
NBC10’s Keith Jones arrived at the scene shortly after 10 p.m. and said the injured passengers he saw had minor injuries.

Janelle Richards, a producer for NBC Nightly News, was a passenger on the train. According to Richards, the train was supposed to arrive in New York at 10:30 p.m. Around 9:20 p.m. Richards heard a loud crash and people flew up in the air.

Richards says there was a lot of “jerking back and forth” and “a lot of smoke.” Richards also says she saw injured passengers who were bleeding.

The recovery and clean up has already begun.