A store bearing the name of the food stamp President engaged in food stamp fraud?[1] Come to think of it, that actually seems pretty plausible. 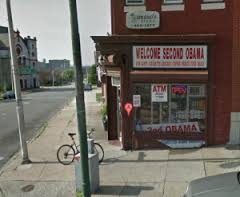 [2]A federal grand jury indicted nine retail store owners in Baltimore City and Baltimore County for ‘food stamp trafficking.’Court papers said the retailers redeemed the food stamps for cash and split the money with food stamp recipients. The amounts totaled about $7 million. According to investigators, the retailers did not provide any food.

…The suspects are all facing up to 20 years in prison if found guilty.

If just nine stores in Baltimore committed 7 million dollars worth of fraud, the amount of fraud that ISN’T CAUGHT must stretch way up into the billions. Is there a liberal left in America who cares if taxpayers are ripped off? Judging by the way liberals behave, the answer to that question appears to be “No.”