“Waters of the United States”, my foot. Barack Obama is so desperate to leave a legacy of any kind, that he is resorting to taxing puddles. Give me a break:[1] 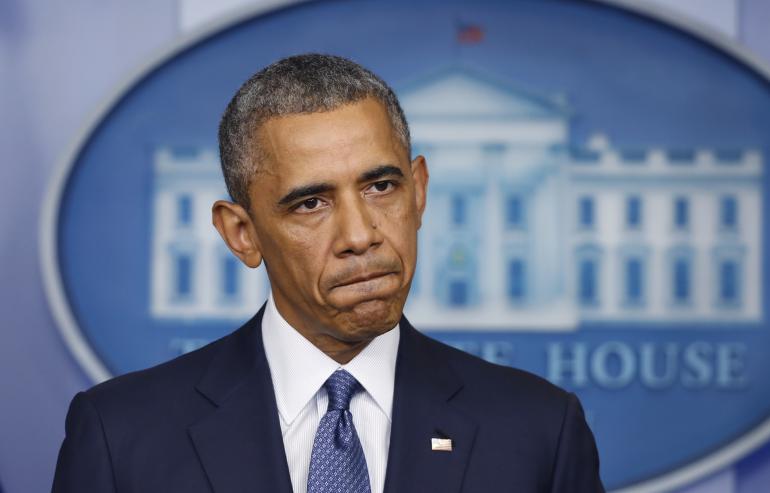 The Obama administration is expected to announce final details of “Waters of the United States” rule this week that could impact any property owner with water or a ditch that occasionally fills with water on their land. Moreover, the regulation could even conflict with two Supreme Court rulings.

The Environmental Protection Agency and the Army Corps of Engineers have sought to provide more clarity to what bodies of water are protected under the 1972 Clean Water Act, which has previously affected rivers, lakes and the streams that flow directly to them.

Private property advocates, such as ranchers and farmers, fear the new rule could encompass nearly any type of water on a property.

The EPA referred TheBlaze to a blog written by EPA Administrator Gina McCarthy and Assistant Secretary of the Army for Civil Works Jo-Ellen Darcy.

“Protection for about 60 percent of the nation’s streams and millions of acres of wetlands has been confusing and complex as the result of Supreme Court decisions in 2001 and 2006,” they wrote.

The post continued, “We’re limiting protection to ditches that function like tributaries and can carry pollution downstream—like those constructed out of streams. Our proposal talked about upland ditches, and we got feedback that the word “upland” was confusing, so we’ll approach ditches from another angle.”

Twice in less than a decade the Supreme Court, first in the 2001 case of Solid Waste Agency of Northern Cook County v. U.S. Army Corps of Engineers; and again in the 2006 case of Rapanos v. United States, struck down efforts by the two agencies to expand jurisdiction under the Clean Water Act.

The two agencies say the rule will accommodate the high court rulings, while critics say it clearly expands beyond the court’s limits on the government.

“It’s not uncommon for an agency to broadly interpret language, but based on court precedent, it is going way too far in exceeding what it is allowed to do,” Bakst said.

The proposed rule would regulate “tributaries,” or depressions in land that can fill up with water. Currently such water cannot be regulated, but the EPA contends that such bodies of water – even if temporary – can run off and send pollution into larger bodies of water. Because Obama, people. This is one of the most overeaching attempts at regulation that I have ever seen. I cannot believe that I can literally be forced to permit water falling on uneven ground in front of my house. We have reached a new level of ridiculousness here, folks. Can it be 2016 yet?