Welcome to the Caliphate: “Sharia Police” Are Patrolling the Streets…

Proving once again that radical Islamists don’t have any interest at all in following the laws of the countries they are invading… er, emigrating to… we get this story from Germany where thugs pretending to be “sharia police” are wandering the streets in gangs attacking people who refuse to observe strict Muslim sharia “laws.” 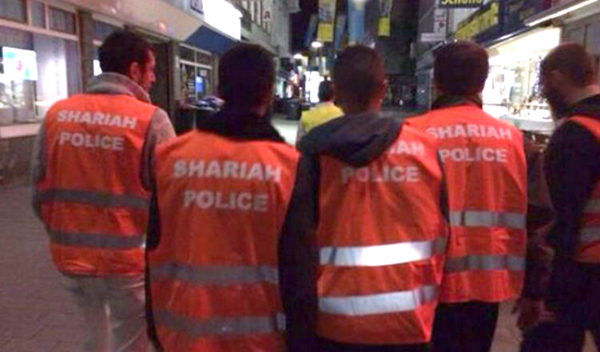 According to the UK Express[1], police in Hamburg, Germany, are looking for gangs of men roaming around wearing “sharia police” vests and harassing people for not being Muslim enough… whether they are Muslims or not.

OFFICIALS in the German port of Hamburg are monitoring reports that Muslims posing as ‘Sharia Police’ are carrying out patrols in the city.

They said a sticker with an Islamic logo and the words Sharia Police was fastened to the car’s bonnet.
There were also reports of another incident in the Dammtor area of Hamburg where witnesses claim to have seen five to seven masked people sitting in a van.

Islamic and ISIS symbols were said to be hanging from the vehicles rear-view mirrors.

This is, of course, an outrage. But it is exactly the sort of thing Obama and Hillary are bringing to the U.S., folks, make no mistake.