This video shows exactly why[1] guns don’t kill people… people kill people. It’s over the top and very funny, but it gets the point across. The Second Amendment is arguably the most important freedom we have. It gives us the right to bear arms and protect ourselves. It’s what has kept this country from becoming a dictatorship or some other form of controlling government. Our Founding Fathers knew this and that is why they crafted the Second Amendment the way they did.

Those who wish to control others… to subjugate them… are for gun control. Mao, Stalin, Hitler, Pol Pot and the list goes on and on and on. That list would include the Democrats and the progressive left in this country as well. You see how these people want to control the media, our schools, our healthcare, our economy… the biggest part of that agenda is stripping us of any way to protect ourselves and our loved ones. I give you, California. The graphics below, illustrate the number of guns owned per state. A well armed people are a safe and polite people. 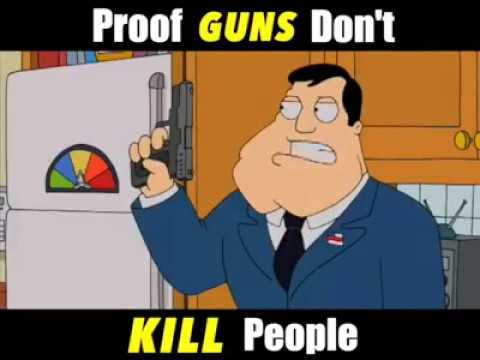 We started with a research group in Switzerland called Small Arms Survey and its report “Small Arms Survey 2007: Guns and the City.” Among other things, it estimated gun-ownership numbers for 178 countries, including the United States (which it estimates has about 270 million guns).

“We then took the estimate of 88.8 guns per 100 people for the U.S.—which, seven years later, is likely higher—and used it to calculate each state’s estimated gun ownership, based on state populations from the U.S. Census Bureau’s 2010 survey. (Of course, gun-ownership density varies throughout the country, but this number gave us a easy way to come up with comparable figures for all 50 states, since actual state-to-state numbers were not available.)

“Once we had the list of state numbers, we compared each one to Small Arms Survey’s list of countries and respective gun-ownership estimates, logging the nearest match.”

There are millions and millions of guns in this country. So many, that it would be a virtual impossibility for those in power to seize them all. Not for lack of trying. They’ll never give up trying to take our guns. But in the end, most states, even the small ones, are well enough armed to fight off an invasion. That’s just the way it should be.

These graphs are a few years old, so there are even more guns out there today and that is increasing every day. As far as crime goes, if people were armed and trained across the board, there would be far fewer crimes out there and people would be much safer. Guns are not evil, or killers in themselves… it is the person behind the gun that determines motive. And it is the Constitution that determines freedom. 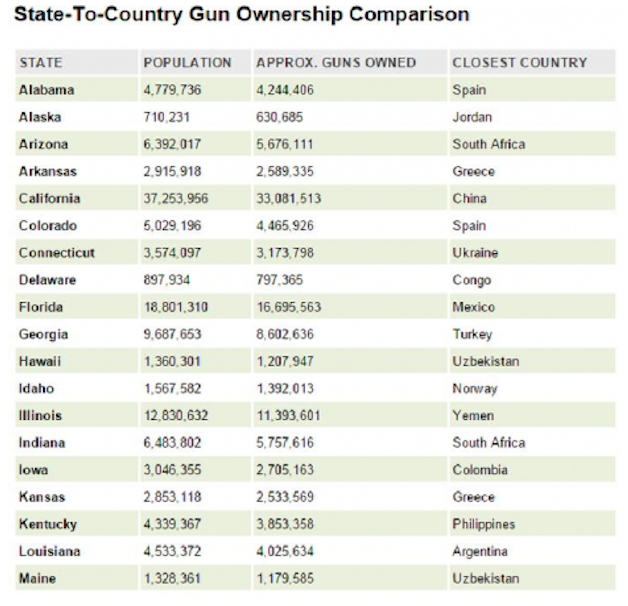 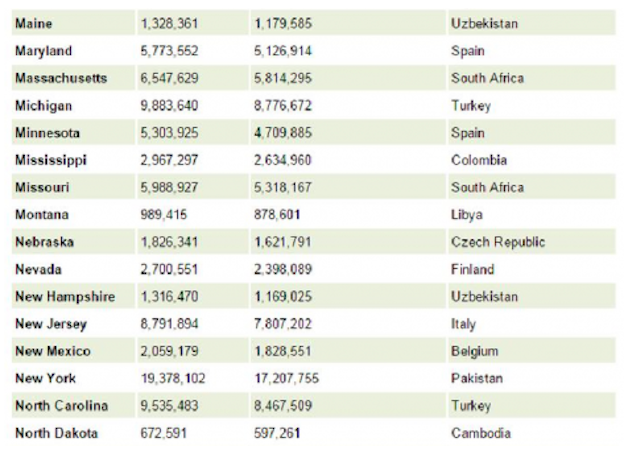 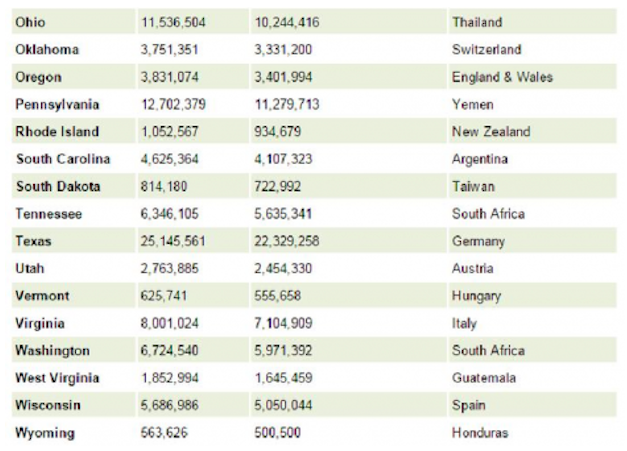