If you haven’t figured it out by now, you ain’t helping the 2nd Amendment. It’s clear that the radicals on the left are little by little moving the goal post to limit the ‘right’ to bear arms. They refuse[1] to understand, or even try to look to reason on why a well armed populace is critical to run a free society.

It was first reported earlier this year that a 70 year-old military vet was sitting at home when law enforcement surprised him at his front door, wanting to confiscate his guns. Does this strike anyone as overreach? 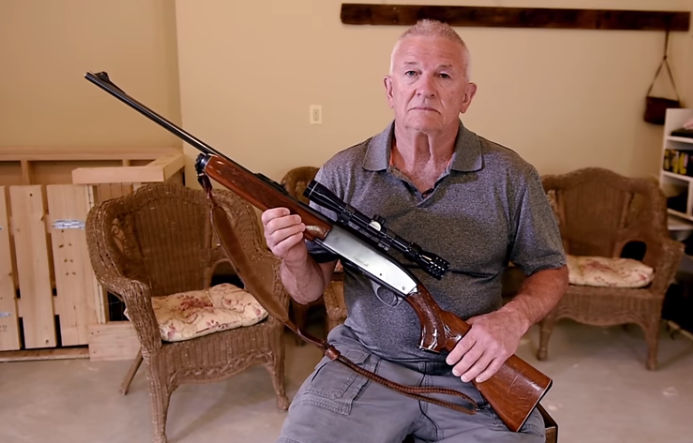 Don Hall and his girlfriend were sitting in their living room earlier this year when they noticed police lights flashing outside the couple’s upstate New York home.

When the 70-year-old Army veteran greeted Oneida County sheriff’s deputies he was given a document saying that Hall had to hand over his six guns – four long guns and two pistols — to law enforcement because he had been deemed “mentally defective.”

Much like most of us would be, Mr. Hall was more than a little confused. He didn’t realize that this was a policy that had been enacted to further prevent gun ownership and use by private citizens.

The so-called SAFE Act, which was implemented in 2013 in the wake of the Sandy Hook Elementary School massacre in Connecticut, includes a provision that allows heath care providers to report patients that they think may be a risk to themselves or others. In Hall’s case, however, the sheriff’s deputies were wrong. He hadn’t triggered an order under the SAFE Act.

So, now our 2nd Amendment rights are conditional on what a medical doctor ‘feels’ is right? Now, is that a policy that can exist alongside a ‘right’? Not at all. The left have been pushing for gun control, end of story and they’ll do it by any means necessary.