Another One! Beretta Flees Maryland Over Gun Control Laws.

The oldest active firearms manufacturer in the world, Beretta, is leaving the state of Maryland over new gun control laws. One of the primary reasons is that the new laws would make the company’s 9 mm pistol illegal. 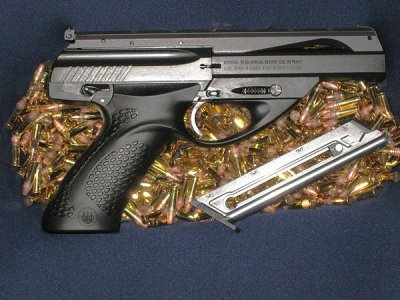 Jeffrey Reh, general counsel for Beretta said, “Why expand in a place where the people who built the gun couldn’t buy it?”

Incidentally, Beretta HAD BEEN planning on expanding its plant in Maryland. That would have meant more jobs created, more taxes paid and more local businesses that would have benefitted from Beretta’s expansion.

Reh also noted that the company had paid in roughly $31 million dollars in taxes over the last few decades and employs 400 people. He also noted, “We don’t want to do this, we’re not willing to do this, but obviously this legislation has caused us a serious level of concern within our company.”

It’s a shame for the citizens of Maryland to lose some of their 2nd Amendment rights along with millions that were being paid in taxes by Beretta every year, but they voted in the liberal Democrats who’ve run that state into the ground. Unfortunately, now they’re going to have to reap what they’ve sown.