Another Stealth Attack on the Second Amendment: Illinois Bill to Serialize Ammunition

Our constitutional right to bear arms obviously implies a right to bear ammunition, without which the arms are useless. But apparently Democrats disagree. Check out the bill HB6615, which the Illinois General Assembly is springing in Springfield:

Bullet serialization involves engraving a serial number on each and every bullet. As the National Shooting Sports Foundation observes, it is a de facto ban on ammunition.

Serialization would be prohibitively expensive, even after investing $millions to set up production facilities, which few could afford to do just so as to sell ammo in the state of Illinois for more than people would pay.

Criminals of course will still have ammo brought in from out of state, even if it is a misdemeanor to possess it.

The legislation has been filed by Sonya Harper of Chicago, a former community organizer with a B.A. in journalism from Mizzou.

No doubt Ms. Harper’s fellow Democrats dream of imposing serialized ammunition nationwide, so as to make the mass production of ammunition economically infeasible.

The only effect of this lunacy on crime would be to increase it, since eradicating sport shooting would result in fewer law-abiding citizens with firearms. Obviously, a criminal is not going to refrain from shooting someone just because ammo costs $5 or $10 per round.

If the GOP cannot be restored or replaced as an effective opposition party in the very near future, legislation like this will be our national future. 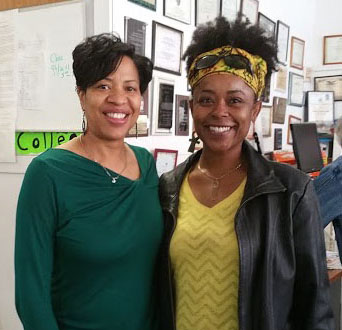 That’s Sonya in the yellow.

On a tip from TrojanMan. Cross-posted at Moonbattery.