Anti-Gun State Senator was Armed With a 9mm When He Was Arrested in Ferguson, Refused Breathalyzer (VIDEO)

It’s the hallmark of a liberal to oppose something for us little people, while enjoying it for themselves. Jamilah Nasheed, an anti-gun state senator, was arrested in Ferguson… with a gun. 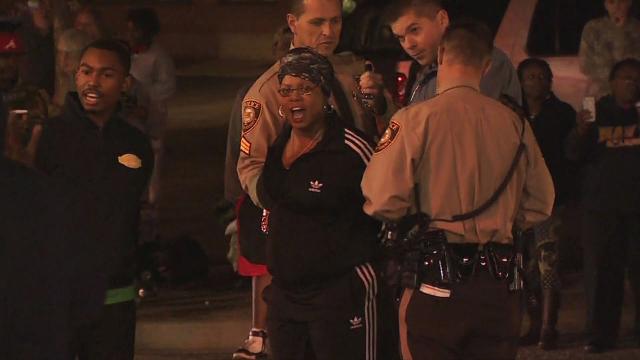 St. Louis County police said she was kneeling in the middle of the road chanting outside the Ferguson Police Department.

“Sen. Nasheed, along with another male, entered the street, were told numerous times by not only by the St. Louis County commander, but other officers on scene, that they needed to leave the street or they were subject to arrest,” St. Louis County Police Sgt. Brian Schellman said. “They failed to comply, and they were taken into custody.”

Surely she’ll say that she needed the gun for her protection, that it’s registered and she’s legally allowed to have it — all good points. But if she thinks that’s good enough for her to have a gun, why does she then turn around and seek to deprive law-abiding American citizens from the same thing? Answer: because she’s a liberal, of course!