Stacy Washington is a black conservative and a writer who has – maybe ‘had’ – a column that would print in The St. Louis Post-Dispatch. I say ‘had’ because this open and honest commentator will no longer have the column after she called out an op-ed in another newspaper that made a detestable equivalence[1] between the National Rifle Association and the Islamic State.

The Post-Dispatch made sure they avoided addressing Washington’s opinion as the cause for suspending her column, but it did imply that her “active promotional activities and professional association with the National Rifle Association represented an unacceptable conflict of interest in her most recent column, which resulted in our suspension of her work.” 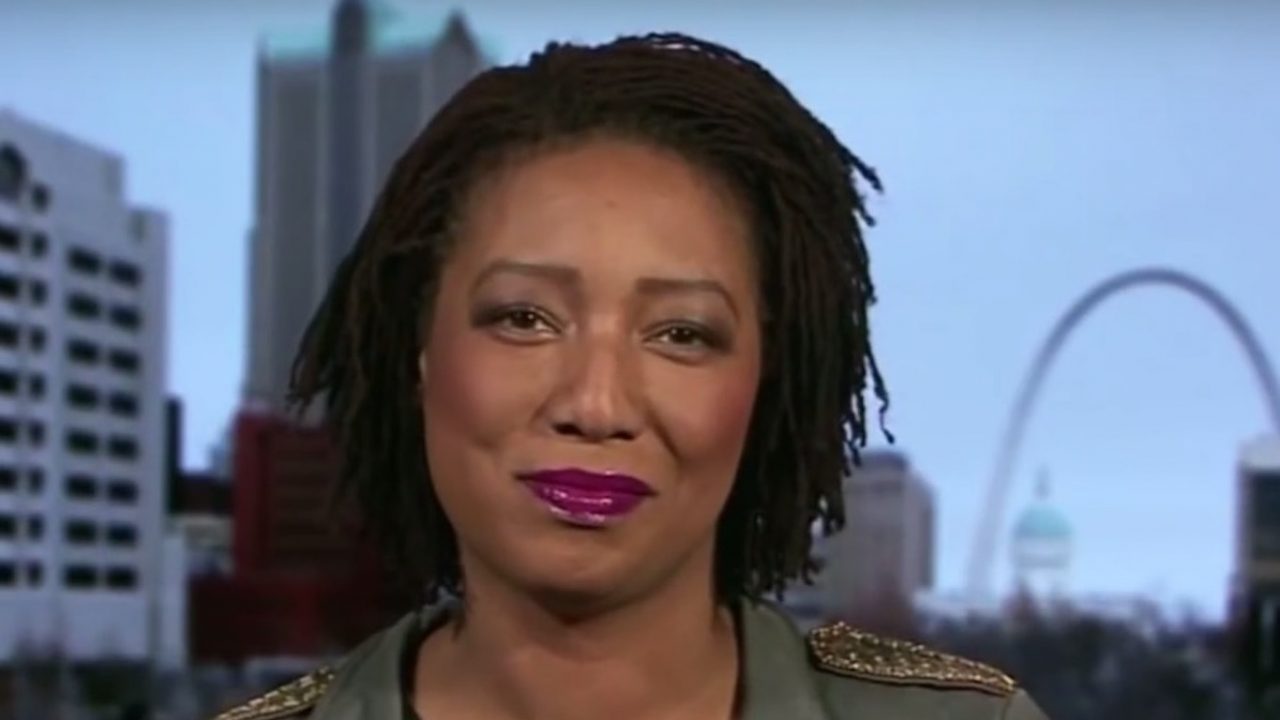 According to the paper, “Washington chose to terminate her contract” with the newspaper.

It was in one of Washington’s columns — “Guns and the media” — where she took down an op-ed in the Columbia Missourian by writer George Kennedy… who just so happens to be a professor emeritus of the Missouri School of Journalism. Like most college professors, Kennedy attempted to sound radical and relevant by posing a ridiculous question any progressive would be proud of – “Which organization is more dangerous to Americans — ISIS or the NRA?”

And that’s when he pulls the equivalency crap that progressives love so much, stating that that each year since 9/11, only an average of nine Americans were killed by Islamic Terror.

Washington gave a different kind of comparability between ISIS and the NRA, with this brilliant retort:

“[W]hen has a member of the NRA ever decapitated, set on fire, tossed from a rooftop or otherwise terrorized another American? The linkage is not only rife with improper context; it is false on its face. Yet the Missourian saw fit to publish it without question, I believe, because it suits the ideological bent of the opinion editor.”

Well, the Post-Dispatch must have not liked that response and chose to cancel her column. They sent out a statement on their suspension of Washington’s column:

“Stacy Washington’s column will no longer appear in the St. Louis Post-Dispatch. Her active promotional activities and professional association with the National Rifle Association represented an unacceptable conflict of interest in her most recent column, which resulted in our suspension of her work. Ms. Washington chose to terminate her contract.”

My column on the @NRA[3] being nothing like ISIS got me suspended from @stltoday[4]….
#SOTR[5] pic.twitter.com/bg8ZvAAswJ[6]

In John Hawkins’ New book ‘101 Things All Young Adults Should Know’, he teaches in number 28 of the book, “Don’t stay in a bad situation because you are afraid of change.” That is the attitude Washington took with her job. She will land on her feet, but to her, it seems it was more important to not kowtow, but stick to her principles and leave, permanently.