There’s nothing that scares liberals more than guns. For some liberals, it’s the possibility of death and destruction that scares them; for others, it’s the knowledge that an armed populace is harder to control and subjugate. In California, liberal lawmakers have put in place a new gun law, but it only ended up backfiring massively on them[1]. 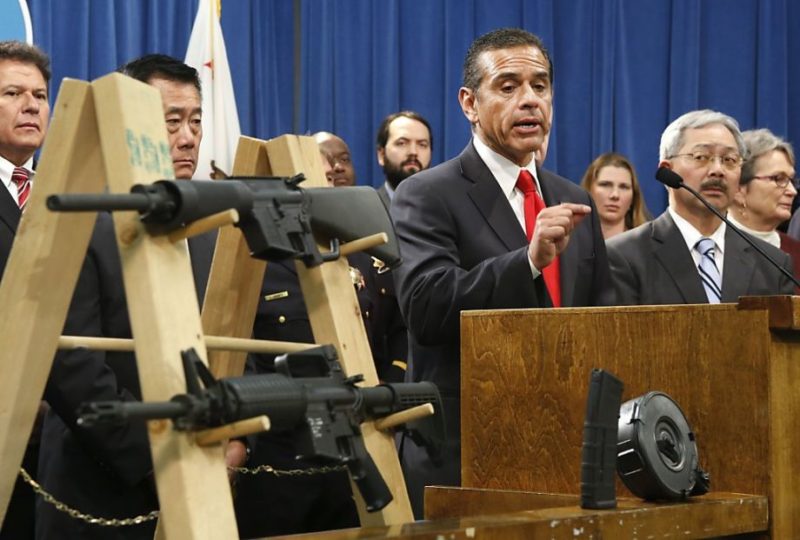 California Governor Jerry Brown has been pushing for stricter gun laws and he finally got his way. This summer, he signed six anti-gun laws and they will take effect on January 1st. Like most good liberals, Brown took advantage of a tragedy — the San Bernardino terrorist attack — and rushed gun control legislation through.

How did Californians respond? By rushing to stock up on guns before the new laws take effect.

One of the new laws bans magazine locking devices — known as “bullet buttons” — on semiautomatic rifles and reclassifies them as assault rifles, which are already banned in the state of California and have been since 1989. As of December 9th, the sales of semiautomatic rifles more than doubled from this time last year. In 2015, 153,931 were sold, and this year? 364,643.

“Compared to a normal year, sales are up one thousand percent. It’s ridiculous,” Gabe Vaughn, owner of Sportsman’s Arms in Petaluma, said. “Pretty much the second we got them they were gone. A lot of them were presold before they arrived to the store.” He said that he sold 60 semiautomatic rifles on December 21st alone. He also slammed the new law, saying, “We have true criminals out there who could care less about this stuff. And Joe Public that does care, [who is] legitimately scared, doesn’t even know where to begin to be compliant.”

Joshua Deaser, owner of Just Guns in Sacramento, said, “When Gov. Brown signed that bill, the first 30 days in July were just insane. It died down for a while but now we are back with everyone trying to get what they can before the end of the year.” Terry McGuire, owner of Get Loaded in San Bernardino, said that they have had lines of customers going out the door and around the block.

But Sam Paredes, the executive director of Gun Owners of California, wasn’t surprised. “Any time the government comes up with a ban on guns, the public rushes to buy them to make sure they have at least one,” he said.

Maybe liberal politicians should pay attention to what the people want and take a hint.