Once again[1], having a gun made all the difference. Everyone hates sitting in line at the drive-thru at McDonald’s. But this puts a whole new sinister twist on it. In Houston, Texas, a man with his 4 year-old son in the back seat was waiting for his food, when a thug came up and pulled a gun on him in an attempt at robbing him. Unfortunately for the moron, the man was armed and shot him three times, killing the perpetrator. No great loss. It was ruled self-defense as it should be. You just don’t mess with Texans, not even at McDonald’s. 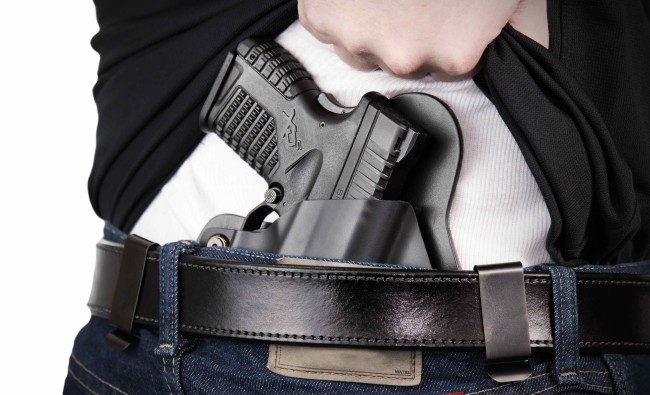 ABC 13 in Houston, Texas, reports Saturday[3] that a man with a concealed carry permit shot and killed a would-be robber who he says held a gun on him as he waited in his car with his child.

League City police reported that although the incident is under investigation, multiple witnesses have confirmed the details of the robbery. League City Police say the robber approached the man while he was in his pickup truck in the drive-thru after 2 p.m. and pointed a gun at him. A struggle ensued and the man inside the truck shot the robber three times, according to investigators. “He was trying to get his son, protect his son and I think he obviously saw his chance then to defend himself because he was afraid he was going to get shot,” the victim’s attorney explained. A surveillance camera from a cell phone store captured the moment when the three shots were fired. “I looked over and a man was laying on the ground with another man aiming a gun at him. While he was laying on the ground,” Vanessa Stanford explained. “That’s immediately when I called 911 and told my customers get away from the wall and the windows.” Stanford was working in the store at the time of the shooting. The father who shot the thief has a concealed carry license and thank goodness he does. “Never would have dreamed in a million years that a McDonald’s drive thru, like blocks from the police station in broad daylight, 2 or 3 o’clock in the afternoon, something like this would happen,” the attorney said. “I think he would want other citizens to know they have a right to protect themselves. You have to be cautious all the time, wherever you are.” League City Police say the man who was shot later died at Clear Lake Regional Medical Center. He has not been identified. This time there was a happy ending and a lesson to be learned… carry at all times. You just never know when or where an attack will come from. 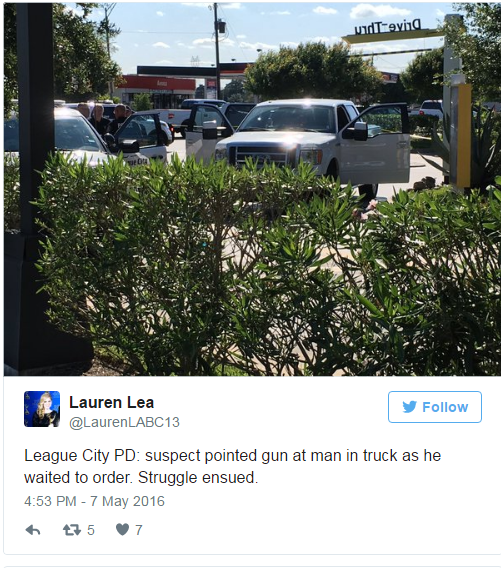