Jake Tapper is one of a very small number of liberals in the mainstream media who at least make a passing effort to be fair. That doesn’t mean he always gets it right or is right on target, but he is at least willing to occasionally point out that the emperor isn’t wearing any clothes. 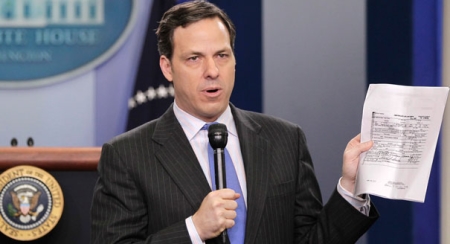 Speaking of Emperor Obama, Tapper took a shot at him AND Michael Bloomberg for not knowing anything about the guns that they want to ban. While at a Democratic fundraiser in California, Obama claimed that the weapon used at Sandy Hook was an automatic weapon.

Of course, it wasn’t. It was a semi-automatic weapon.

Tapper also noted that Michael Bloomberg made the similar mistake. Obviously, even though he was urging the public to adopt gun control, he didn’t even know the difference between automatic and semi-automatic weapons.

Some people might say this is a minor matter. So what if Obama, Bloomberg and the rest of the pro-gun control crowd doesn’t know anything about guns?

But, isn’t that a big part of the problem?

Here we have people who rely on bodyguards for security, who don’t know much about weapons and who probably aren’t very comfortable with guns to begin with trying to write gun laws. Maybe people like Barack Obama and Michael Bloomberg should learn the most basic facts about guns before they start demanding other people support their legislation.

As Jake Tapper says, “The gun debate is worth having, but it might help the advocates of gun control if, in their advocacy for stricter measures, they seemed more familiar with what exactly they’re trying to ban.”