As a first step towards gun confiscation, Connecticut is implementing gun registration. That has turned tens of thousands of formerly law abiding citizens in the state who’ve refused to comply into felons. Now, the state is trying to figure out what to do next. If the “next” thing officials decide to do is door-to-door gun confiscation, there’s at least one police officer who wants everyone to know that he’ll be just following orders when he puts a gun to your head in order to take away your Second Amendment rights[1]. 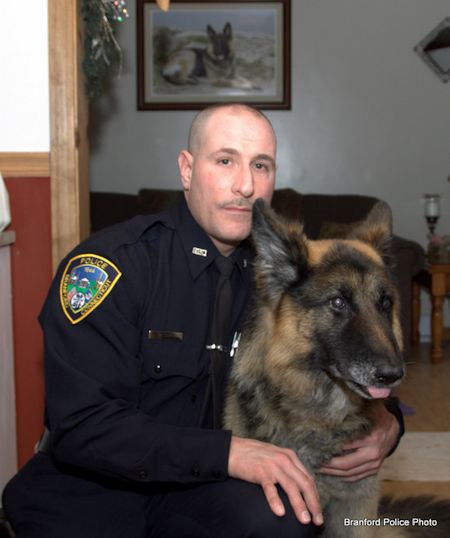 A Connecticut officer with the Branford Police Department has reportedly been placed on extended leave pending the outcome of an internal investigation after he allegedly told a Facebook user he couldn’t wait to “bang down your door and come for your gun.”

After some unfriendly conversation, Peterson – who was off-duty – eventually wrote: “I give my left nut to bang down your door and come for your gun …… you idiot grow up.” Giving the officer the benefit of the doubt, it’s technically possible he could have been attempting humor.

“We treat every complaint to our agency concerning our officers with the utmost of seriousness. This, like any other allegation will be thoroughly investigated and if any law, departmental rule or regulation has been violated the officer will be held accountable,” he reportedly said.

As someone who supports law and order, I am generally supportive of the police, but I don’t support any officer or police force that supports gun confiscation. Anyone who’s willing to work towards gun confiscation today will be willing to put a gun to your head tomorrow. I’m sorry if that puts some police officers in a tough position, but doing the right thing isn’t always supposed to be easy.