NASCAR and the NRA go together like peanut butter and jelly, but the “NRA 500” coming up Saturday at Texas Motor Speedway is proving to be more controversial than expected.

As a publicity stunt, Democratic Sen. Chris Murphy of Connecticut asked Fox News not to run the event because of the NRA sponsorship. Murphy’s complaint seems to have had even less of an impact than you’d expect. Texas Motor Speedway President Eddie Gossage said there had been very few complaints. 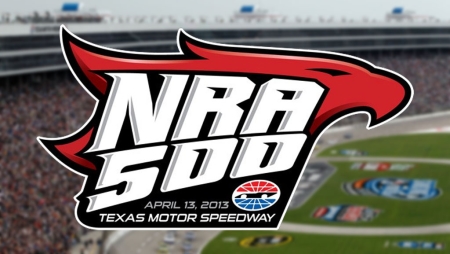 “We’ve had fewer than a dozen responses….There is no controversy or big uproar or even a tiny uproar. As for this senator, I appreciate a good publicity effort as much as anyone.”

However, the tepid response to Murphy’s complaint still seems to have alarmed some people at NASCAR.

NASCAR spokesman David Higdon hinted that the organization might not allow the NRA to sponsor another race.

“The NRA’s sponsorship of the event at Texas Motor Speedway fit within existing parameters that NASCAR affords tracks in securing partnerships. However, this situation has made it clear that we need to take a closer look at our approval process moving forward, as current circumstances need to be factored in when making decisions.”

Additionally, sources at ESPN confirmed that PR directors for two of the drivers had told them to make sure they were not interviewed with the NRA logo in the background.

On the other hand, some drivers don’t seem all that worried about the NRA sponsorship.

“I think it’s a good fit for Texas,” Dale Earnhardt Jr. noted. “If we win the race, we’re going to treat Victory Lane just like any other race, and we’ll be happy to celebrate just like everybody else has celebrated here in the past.”

The response from Dale Earnhardt Jr. is probably a lot closer to that of NASCAR’s fans, most of whom probably see nothing even remotely controversial about the NRA sponsoring a race.