What do conservatives always tell you about liberals and gun control? No matter what measures they push, their ultimate goal is ALWAYS to confiscate guns from law abiding Americans. Here’s just one more piece of evidence that we’re right. 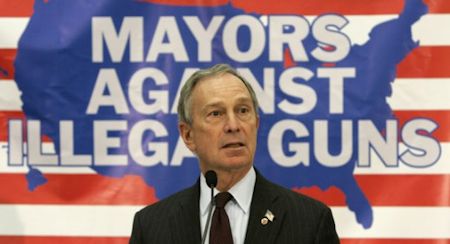 A former member of Michael Bloomberg’s gun control group claimed this week that the group’s objectives are far more radical than it has let on.

John Tkazyik, the mayor of Poughkeepsie, N.Y., said he quit the former New York City mayor’s group, Mayors Against Illegal Guns, after he realized its objective was outright confiscation of firearms from law-abiding citizens.

“Under the guise of helping mayors facing a crime and drug epidemic, MAIG intend[s] to promote confiscation of guns from law-abiding citizens,” Tkazyik wrote in a Wednesday column in the Poughkeepsie Journal.

Although Tkazyik should be congratulated not just for opposing the agenda of “Mayors Against Illegal Guns,” but for quitting the group and speaking out, he is a bit naive. It’s no coincidence that liberals incessantly exploit gun-related tragedies to propose legislation that does nothing to stop those shootings in the future. Their goal isn’t to stop “illegal guns;” it’s to take legal guns out of the hands of American citizens and leave them exclusively in the hands of the government. If Americans are ever disarmed, the very people who are urging that they be disarmed today will be urging the government to use guns on the populace tomorrow. That’s the primary reason why Americans need to zealously guard their 2nd Amendment rights. If we ever lose those rights, we’ll lose our freedom soon after and we’ll never get it back.