Nathan Deal, a so-called Republican, vetoed a bill that would have allowed college students to carry firearms on campus. The very next day, a student was killed at the hands of a violent psychopath. 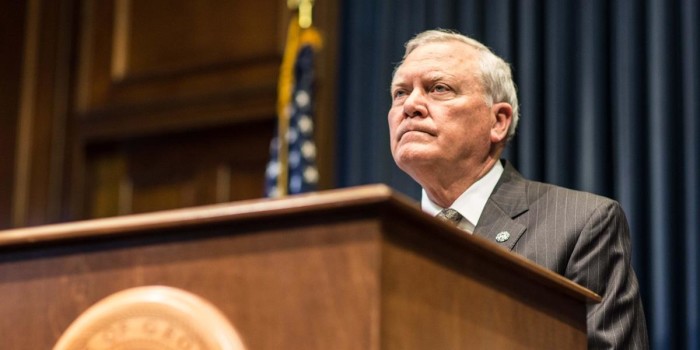 Deal reportedly did not believe that the measure was necessary to promote the safety of students, but an incident later the day showed that he was likely mistaken.

A law-abiding student at Georgia’s Fort Valley State University was stabbed to death on campus Tuesday, just hours after Deal vetoed the bill, according to Breitbart.

Donnell Phelps, 19, was killed by Josephy Anthony Scott, 24, when Phelps tried to help two females who were allegedly being groped by Scott on campus, WMAZ reported.

Phelps, a freshman, “was walking on campus” when he observed the women being “confronted by Scott,” JT Ricketson, an agent with the Georgia Bureau of Investigation, told the station.

Phelps “intervened and confronted” Scott, who then “pulled … a three inch blade from his pocket and stabbed Phelps 12 times,” Ricketson explained.

The stabbing victim tried to run to the campus infirmary for medical assistance, but collapsed before he arrived and ultimately died from the wounds.

Scott reportedly also stabbed a security officer before being apprehended.

The officer was rushed to a nearby medical center where he remained in critical condition, Ricketson told WMAZ.

This was a young man with his entire life ahead of him, who died because he did something heroic. Now imagine if he had been able to carry a gun — he very well could have survived the incident. What a tragedy.