Gun Grabbing Mayor, Michael Bloomberg: “I Do Think There Are Certain Times We Should Infringe On Your Freedom”

Michael Bloomberg is the living, breathing personification of that famous C.S. Lewis quote,

“Of all tyrannies, a tyranny sincerely exercised for the good of its victims may be the most oppressive. It would be better to live under robber barons than under omnipotent moral busybodies. The robber baron’s cruelty may sometimes sleep, his cupidity may at some point be satiated; but those who torment us for our own good will torment us without end for they do so with the approval of their own conscience.” 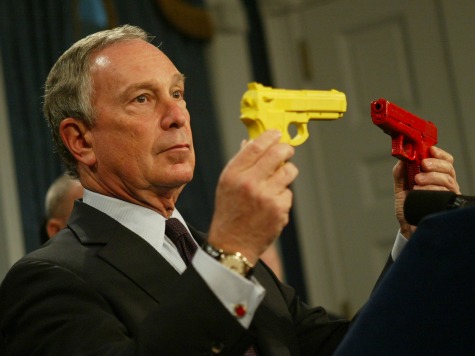 He has tried to ban everything from smoking, to trans-fats, to overly large cups of soda for the citizens of New York and now he’s trying to nanny the whole country on guns. On Sunday morning, Bloomberg even said, “I Do Think There Are Certain Times We Should Infringe On Your Freedom.” He’s also willing to put his money where his mouth is to take away your Second Amendment rights. Bloomberg’s Mayors Against Illegal Guns group is going to unleash a 12 million dollar pro-gun control ad campaign.

Will Michael Bloomberg be able to spend enough money to convince Americans to give up their 2nd Amendment rights?

LaPierre said Bloomberg, “can’t Buy America” and added that he, “can’t spend enough of his $27 billion to impose his will on the American people.” Time will tell, but given that the NRA seems to be winning the fight with the American people, you’d be better off betting on the NRA instead of the liberal fat cat from New York who wants to tell Americans how to live their lives.