A new law would allow gun owners to SUE if they are injured because they are unarmed in a so-called ‘gun free zone’ This is probably the best news I have heard all day, and I hope this passes:[1] 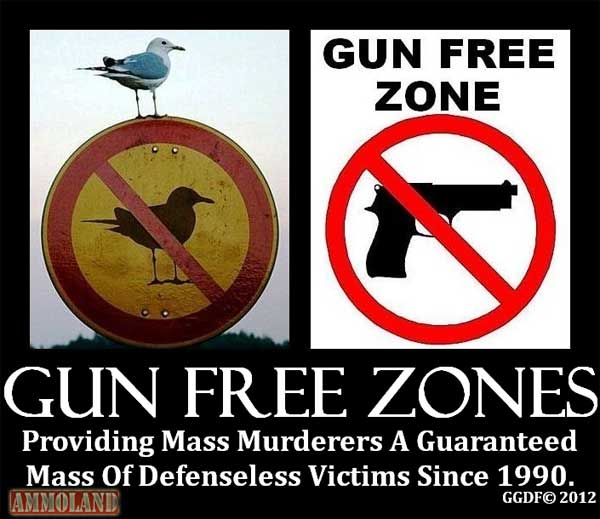 If you’re going to put someone in danger, pay the price.

If a Tennessee grocery store bans guns on its property and a black bear or wild hog kills or injures a person who otherwise would be carrying his or her gun, the gun owner would be allowed to sue the property owner if a newly introduced bill became law.

“It is the intent of this section to balance the right of a handgun carry permit holder to carry a firearm in order to exercise the right of self-defense and the ability of a property owner or entity in charge of the property to exercise control over governmental or private property,” the bill states.

To accomplish that goal, the legislation allows any Tennessean with a valid gun permit to sue a property owner in the event of injury or death provided the incident occurred while in a gun-free zone.

The legislation places responsibility on the business or property owner of the gun-free area to protect the gun owner from any incidents that occur with any “invitees,” trespassers and employees found on the property, as well as vicious and wild animals and “defensible man-made and natural hazards.”

The bill does not define defensible man-made and natural hazards.

A handgun carry permit holder who is injured by any of the aforementioned would be able to file a lawsuit within two years of when the event occurred, provided they meet the following requirements:

According to the language of the bill, the right to sue the property owner does not extend to individuals without gun permits.

This is the start of common sense again in America. If an idiot criminal can sue for getting hurt on the homeowner’s property, I should be allowed to sue if I get hurt without my peacemaker on me. It’s only fair.